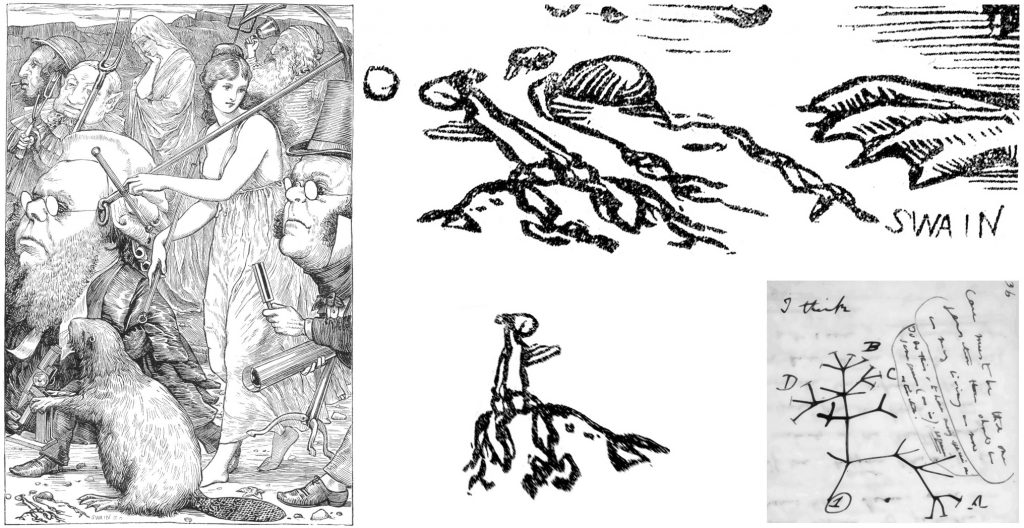 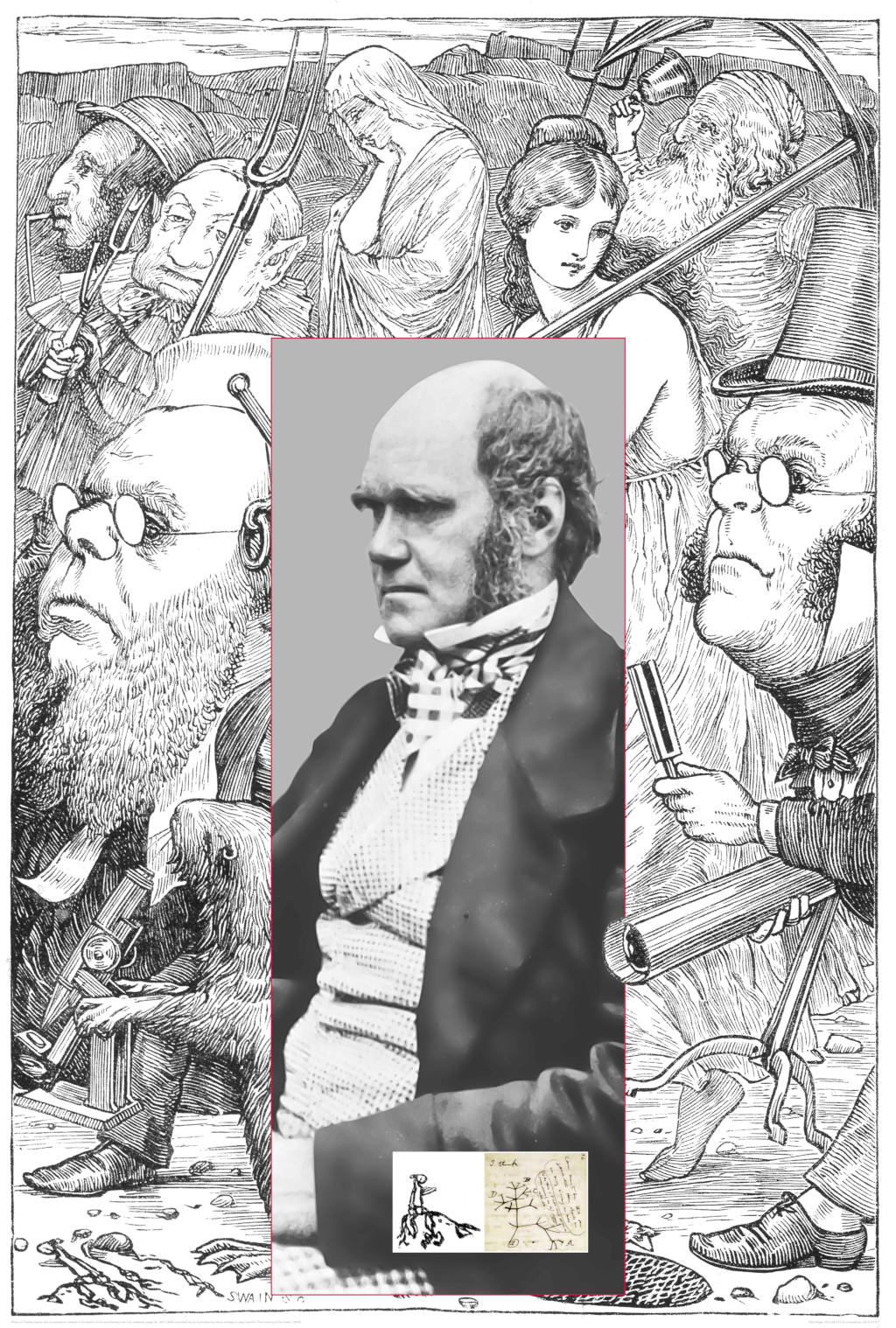 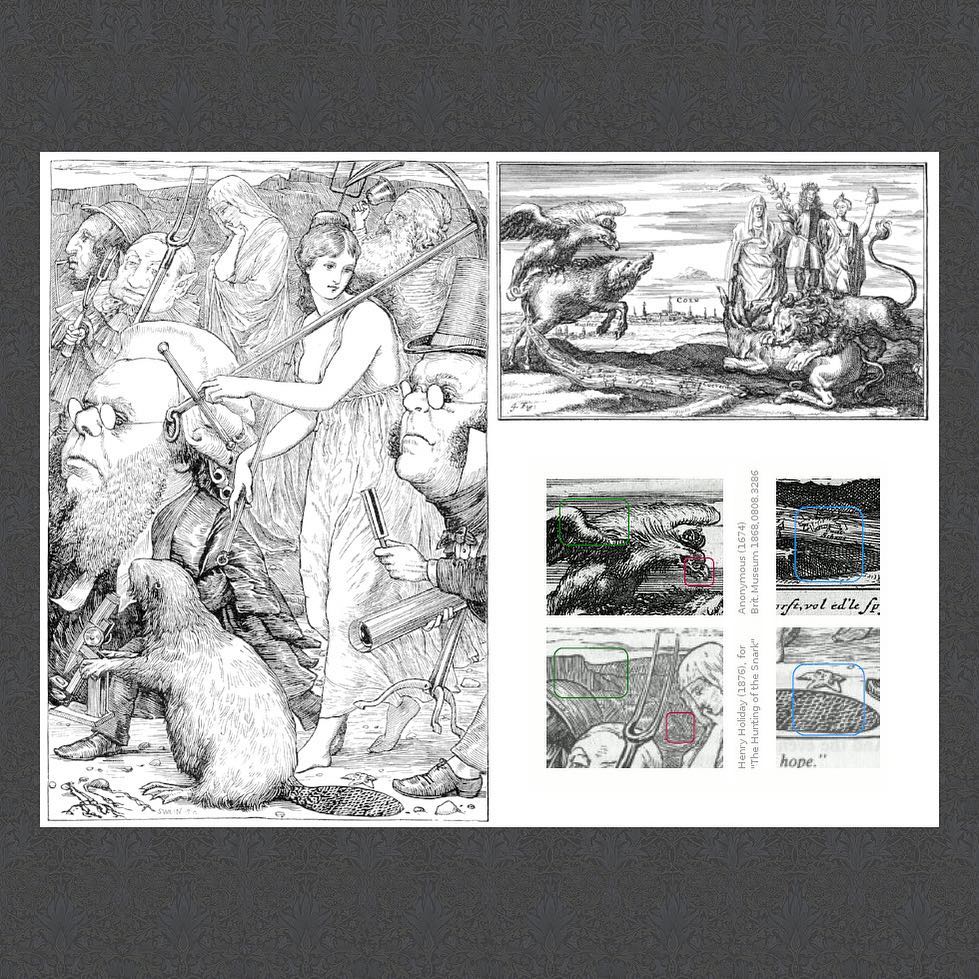 Most readers of The Hunting of the Snark assume that the Snark hunting party consists of ten members. However, probably for a good reason, only nine members can be seen in Henry Holiday’s illustrations to Lewis Carroll’s ballad. Actually, I really think that the Snark hunting party consists of nine members only. But if you, as almost everybody else, prefer ten Snark hunters, that’s fine too. Lewis Carroll gave you (and me) a choice, incidentally(?) in the 9th and the 10th line of his tragicomedy.

Let’s take all the crew members in order of their introduction:

More about the members of the Snark hunting party:
⭐ 9 or 10 hunters?
⭘  Care and Hope
⭘  The Snark

In this image one of the elements has been marked (orange frame) which Henry Holiday borrowed from a 17th century painting (by an anonymous artist). This might be a bit different from the borrowing described by T. S. Eliot in 1920. In the example shown here, the borrowing of the pictorial allusion is inconspicuous. It doesn’t enrich Holiday’s illustration. It’s only purpose might be that of a signpost pointing to another work of art. 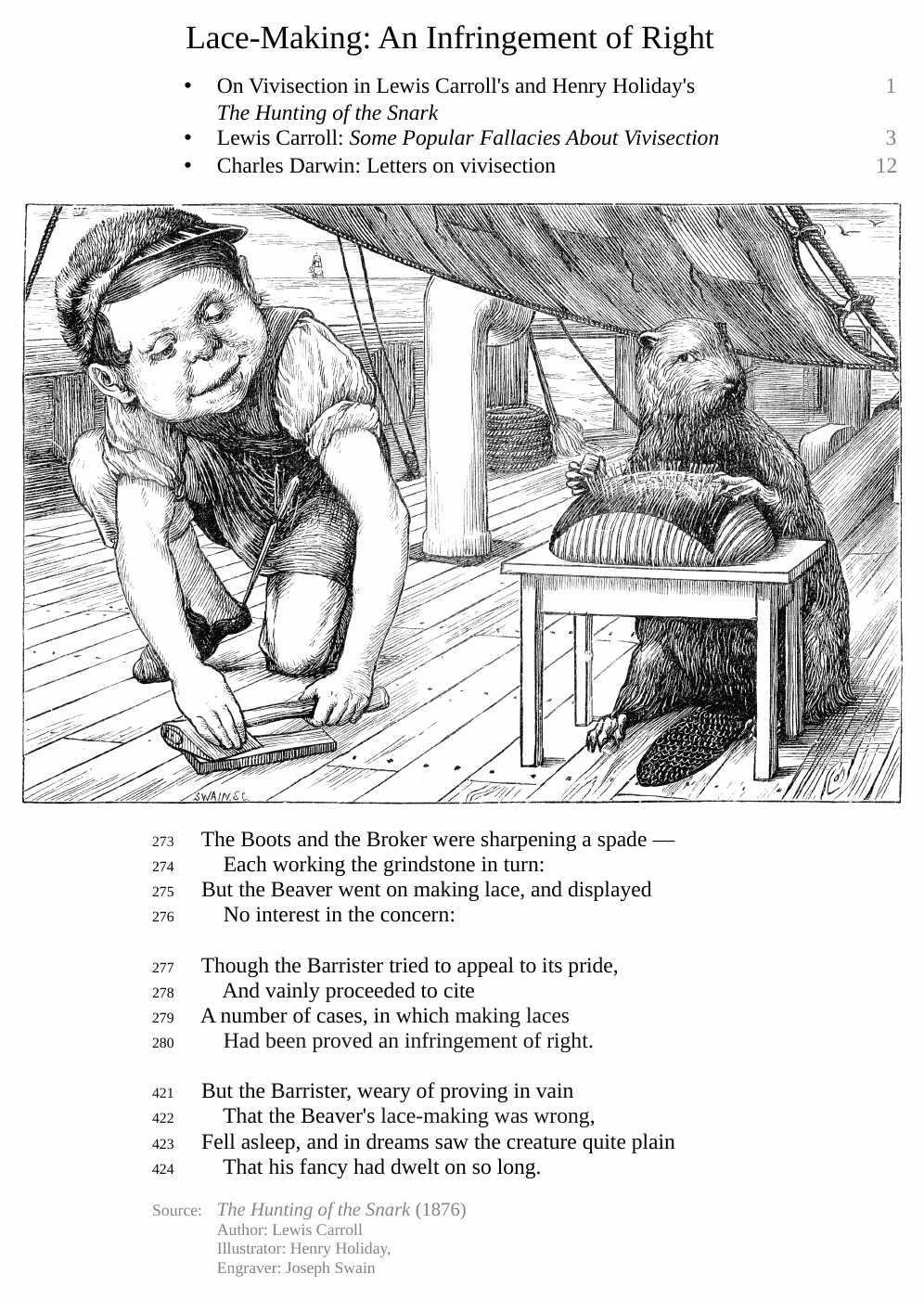