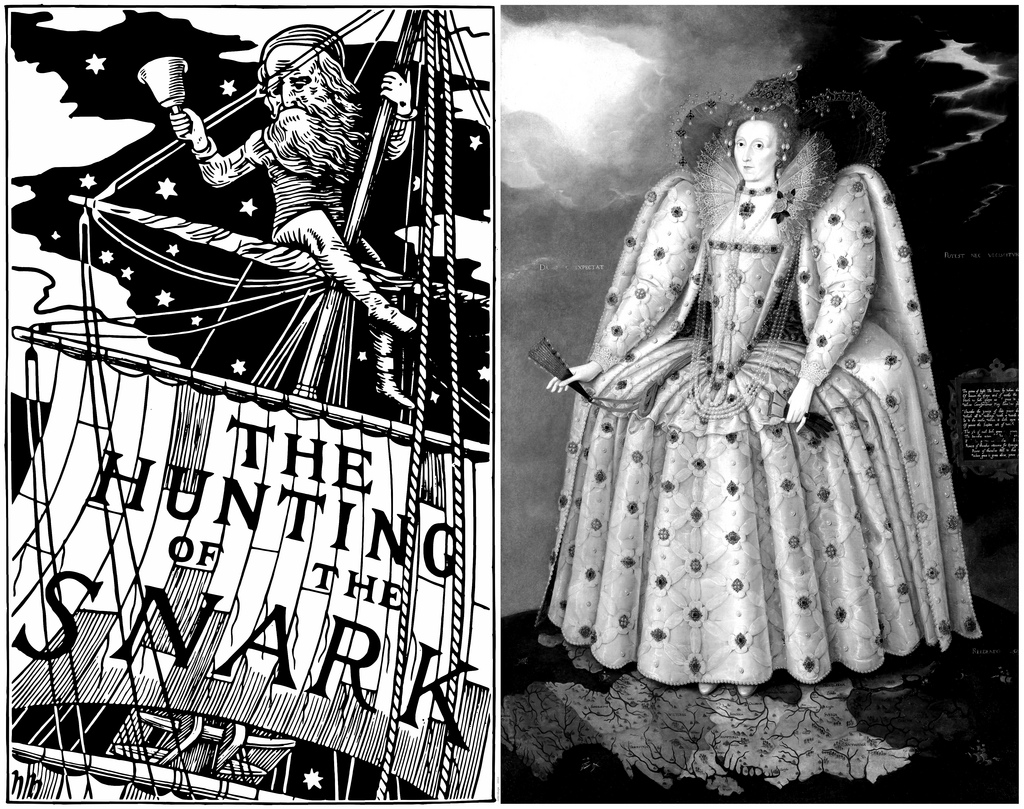 John Tufail’s The Illuminated Snark lead me to this comparison. He interpreted the starry night sky in the Snark front cover illustration as a map. And I already found out, that Holiday alluded to artwork by Marcus Gheeraerts (the younger and the elder). So I searched for a Gheeraerts painting with a map. That guided me to the Ditchley Portrait.

When the queen met the Boojum: 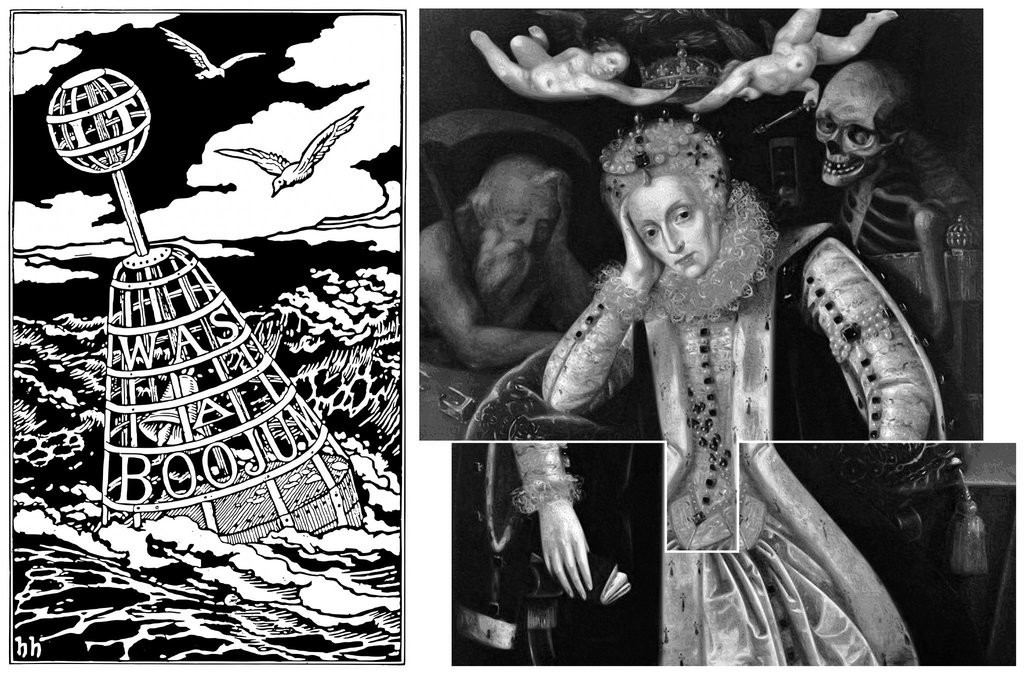 2019-02-07: On Alamy someone tries to use the images commercially: Alamy (Image ID: MMX3GT). Also Image ID’s MYEGA6, MX7WYC and MWC44E are hosted by Alamy. Don’t buy the images from them. You can download them from this Snark blog.