Remember, to Henry Holiday The Hunting of the Snark was a tragedy.

Thomas Cranmer was burned at the stake on March 21st, 1556. The stage was set at St Mary’s church in Oxford for his seventh recantation which was expected to confirm the previous six recantations. Nevertheless, his adversaries already shuddered to think that the chase might fail, and their fears became true: He is waving his hands, he is wagging his head. He has certainly found a Snark! On his last day, Cranmer recanted all his previous recantations. 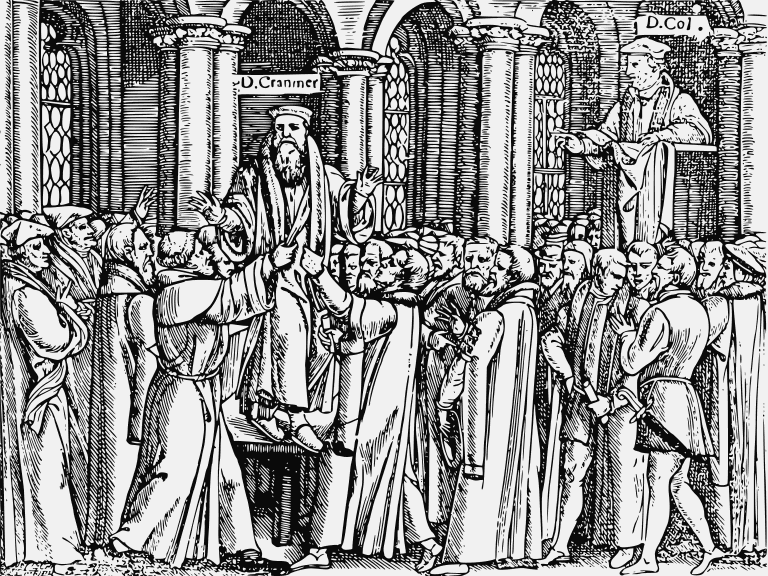 And now I come to the great thing that troubleth my conscience … the setting abroad of writings contrary to the truth. Which here now I renounce and refuse, as things written with my hand contrary to the truth which I thought in my heart, and writ for fear of death, and to save my life, if it might be: and that is, all such bills, which I have written or signed with mine own hand, since my degradation; wherein I have written many things untrue. And forasmuch as my hand offended in writing contrary to my heart, therefore my hand shall first be punished. For if I may come to the fire, it shall be first burned. And as for the Pope, I refuse him, as Christ’s enemy and antichrist, with all his false doctrine.

Henry Cole furiously ordered to silence him and Cranmer was dragged from the stage. Then, at the stake and as announced, Cranmer first burned his hand for having signed all those previous recantations. He made sure that his final statment would be memorized well in history, knowing that after his death his adversaries would declare that his final words just were a breeze that went by. 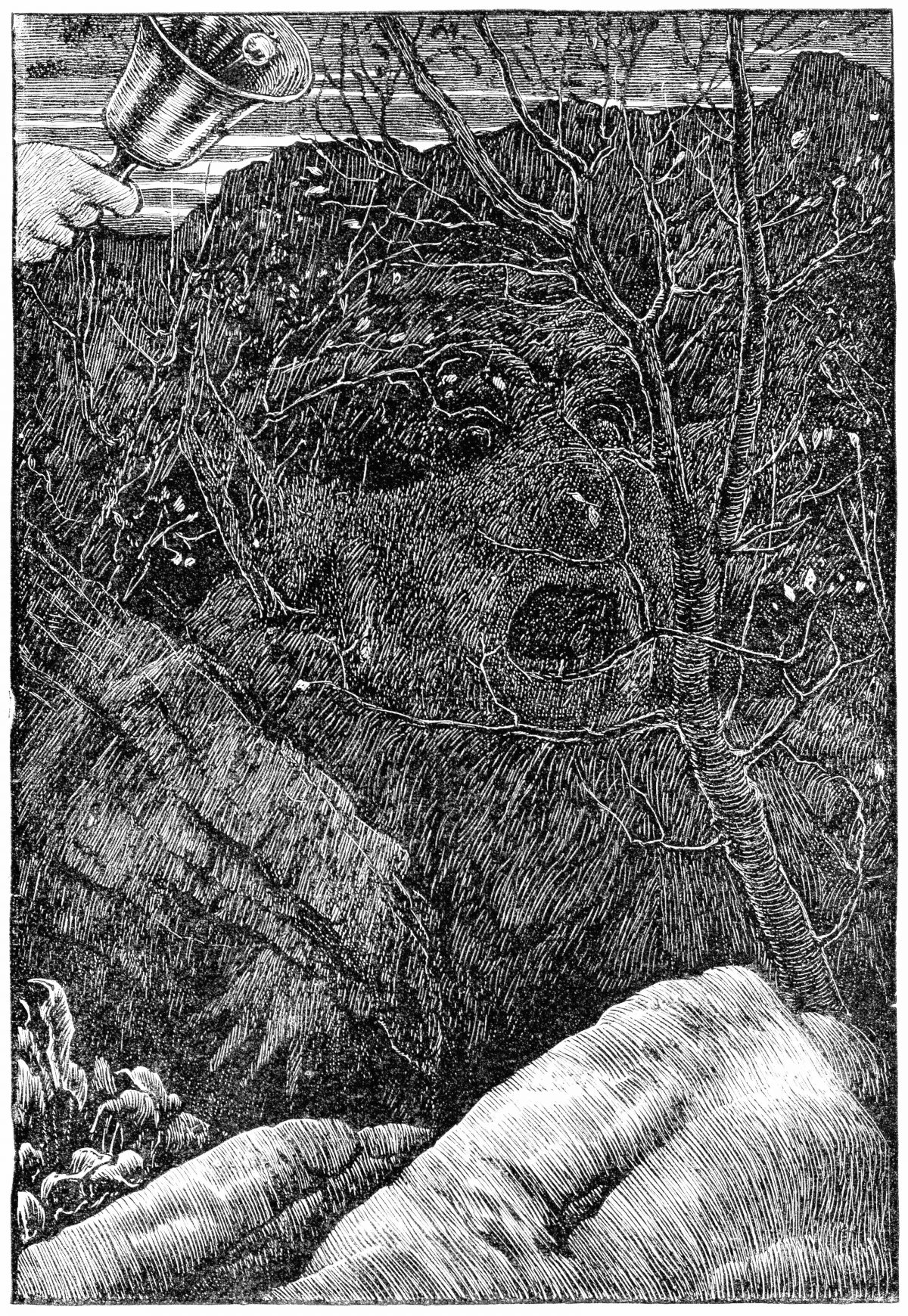 Sources of the artwork assembled in this comparison image:

This is about my assumption that there are pictorial and textual allusions to Thomas Cranmer in Lewis Carroll’s and Henry Holiday’s tragicomical ballad The Hunting of the Snark.

In The annotated … Snark, Martin Gardner (MG064) wrote about Henry Holiday’s illustration to the last chapter of Lewis Carroll’s The Hunting of the Snark:

Thousands of readers must have glanced at this drawing without noticing (though they may have shivered with subliminal perception) the huge, almost transparent head of the Baker, abject terror on his features, as a giant beak (or is it a claw?) seizes his wrist.

I think, there is neither a beak nor a claw.

The Hunting of the Snark has been published by Rev. C. L. Dodgson (Lewis Carroll) in 1876. The Illustrator was Henry Holiday. In a handwritten remark by Holiday at the bottom of a page from a letter of Lewis Carroll, Holiday categorized Carroll’s Snark as a “tragedy” (image source: PBA Galleries). Please understand the image and this comment in that sense: My assumtions regarding religious issues being addressed in The Hunting of the Snark are not meant to make fun of religion. Carroll’s long Snark poem is funny and tragical at the same time.

I think that Henry Holiday’s illustration contains an allusion to Thomas Cranmer’s burning – when Cranmer met the Boojum after his own Snark hunt. This detail in Henry Holiday’s illustration could have accompanied a textual allusion by Lewis Carroll to Thomas Cranmer’s burning at the stake as well as to his Forty-Two Articles. Surely the Reverend Dodgson (aka Lewis Carroll) knew the Forty-Two Articles. As far as I know, Dodgson also refused to subscribe to the Thirty-Nine Articles and thus could not become an ordinated priest.

In Lewis Carroll’s The Hunting of the Snark, The Baker is introduced with more lines than any other member of the Snark hunting party. There probably are dark humored references from The Baker to Thomas Cranmer (a profession and four names related to heat – MG013, MG014 – and forty-two boxes), to St. Macarius (hyenas) and to St.Corbinian (bear – MG015):

As for missing materials for bridecake (MG016), we can assume that no brides were to be had on board of the Snark hunters’ vessel in the first place.