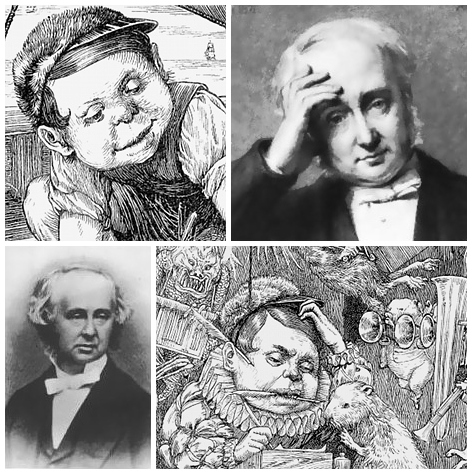 Image sources: (ul,br) Henry Holiday, (ur) probably by The Autotype Company, after Désiré François Laugée, (bl) from cover of Benjamin Jowett and the Christian Religion by Peter Hinchliff.