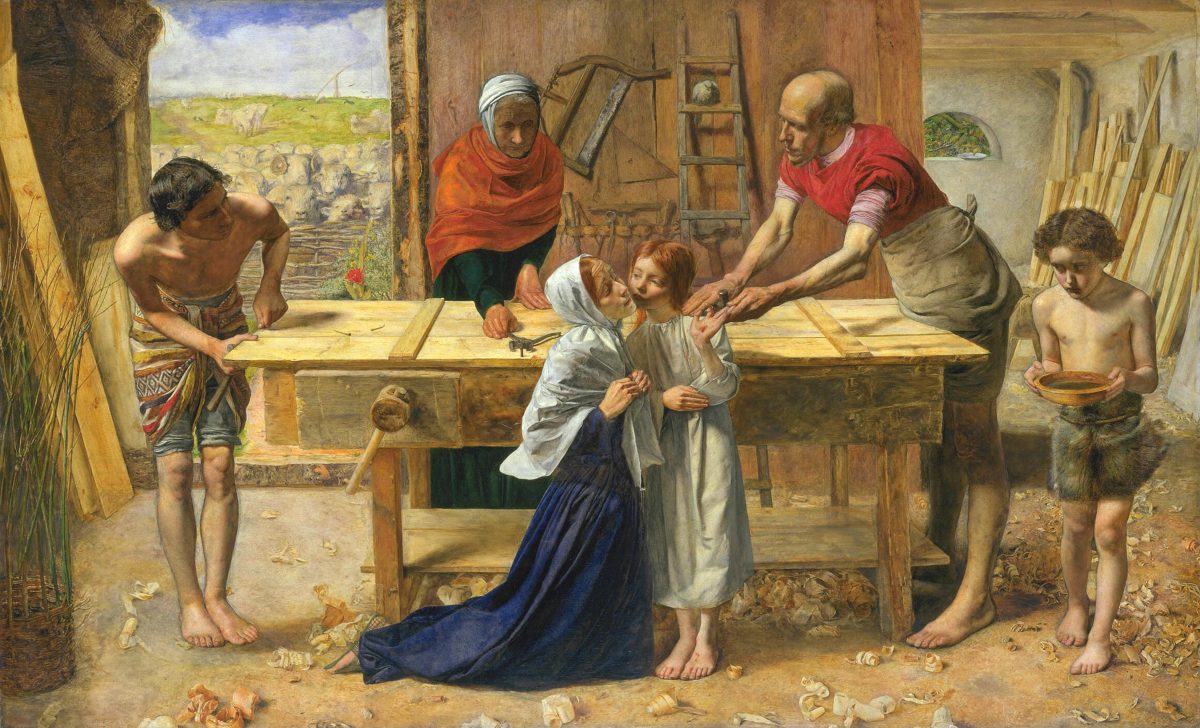 Perhaps Dickens initially saw the reproduction of Millais’ painting in the Illustrated London News (1850-05-11) and couldn’t forget that first impression. It seems that the engraver of the reproduction was a bit biased against Millais’ Carpenter’s Shop. (Twitter | Mastodon) 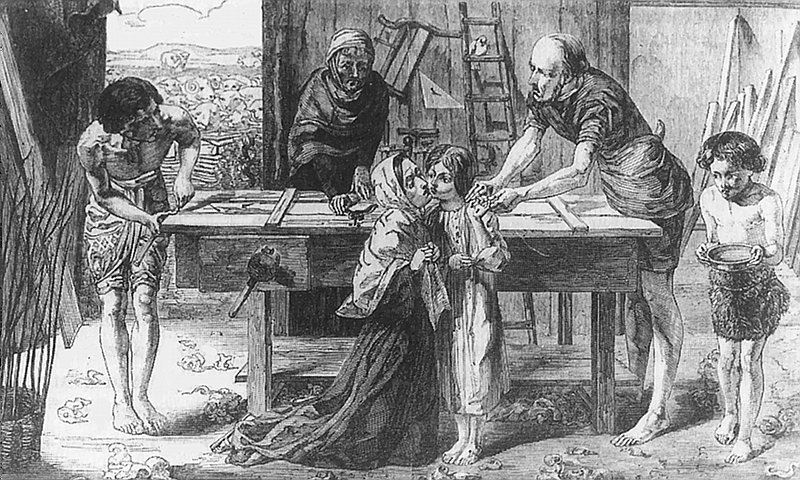 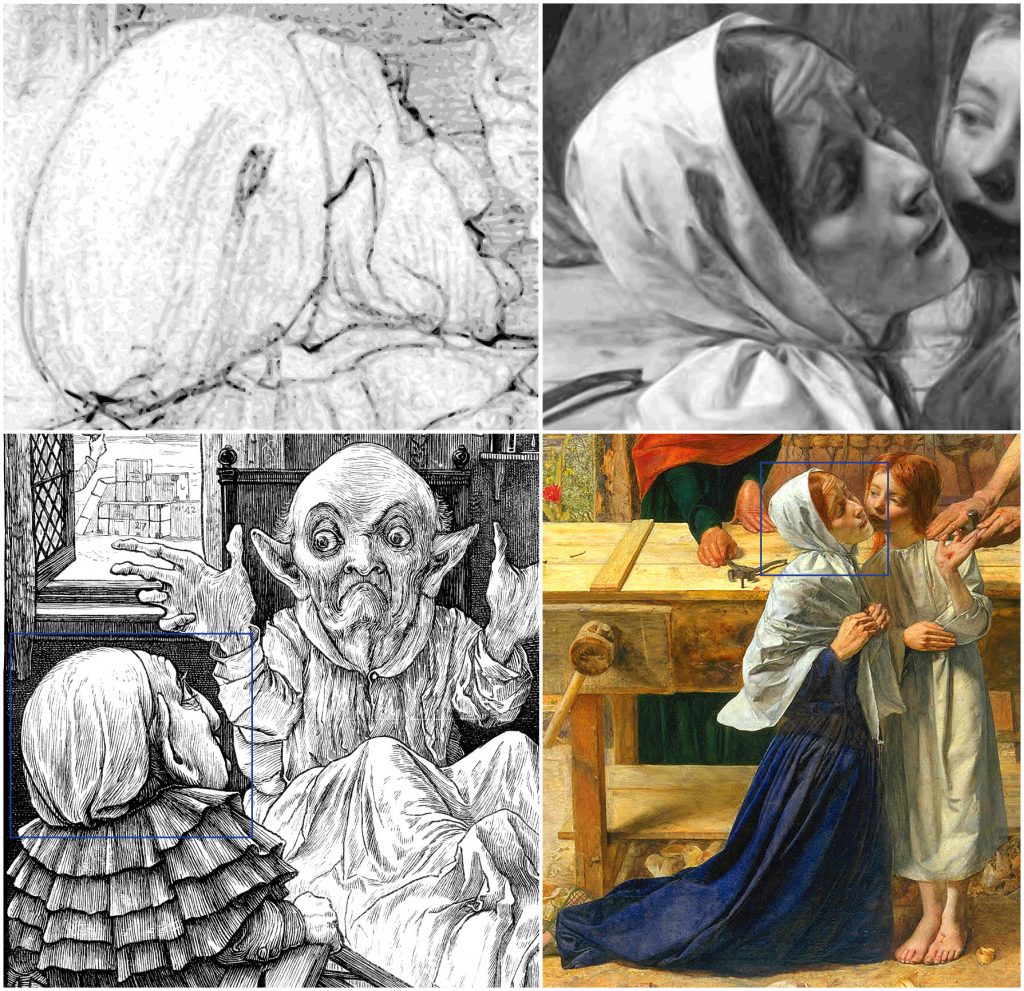 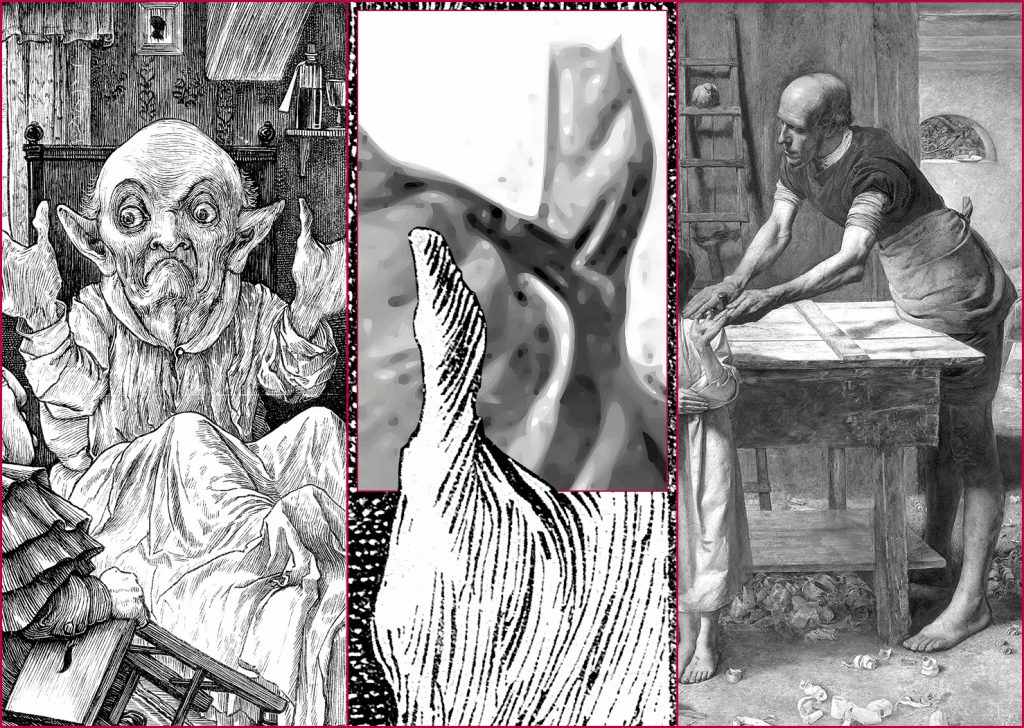 left]: Henry Holiday: Segment from a depictionof the Baker’s visit to his uncle (1876) in Lewis Carroll’s The Hunting of the Snark (engraved by Joseph Swain).

[right]: John Everett Millais: Redrawn Segment from Christ in the House of His Parents aka The Carpenter’s Shop (1850), at present on display at Tate Britain (N03584). 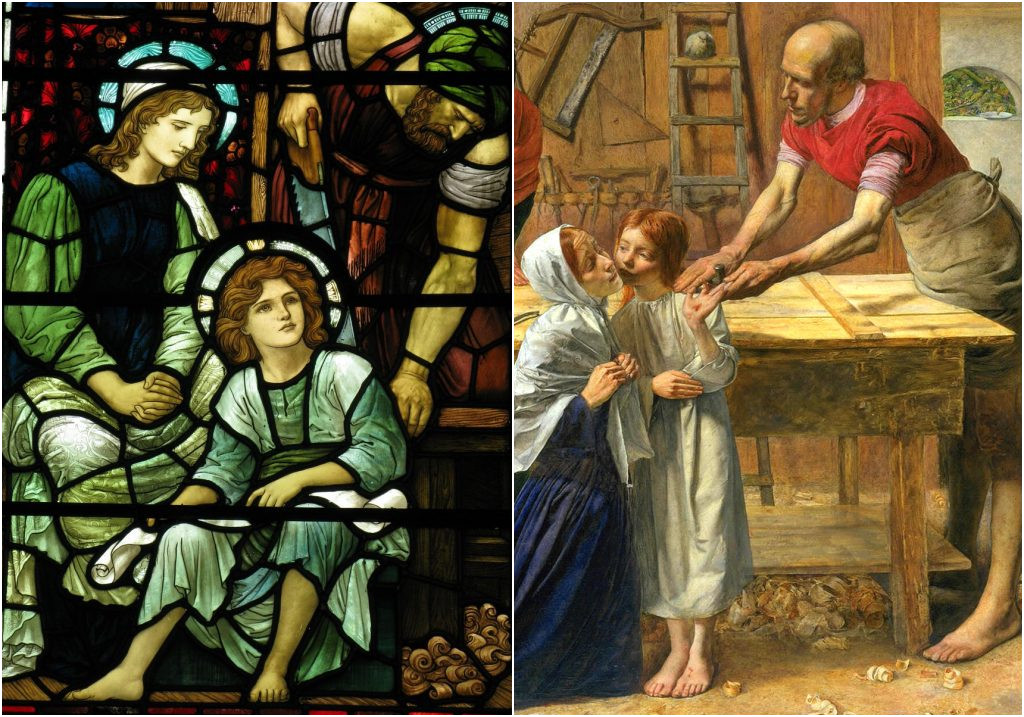 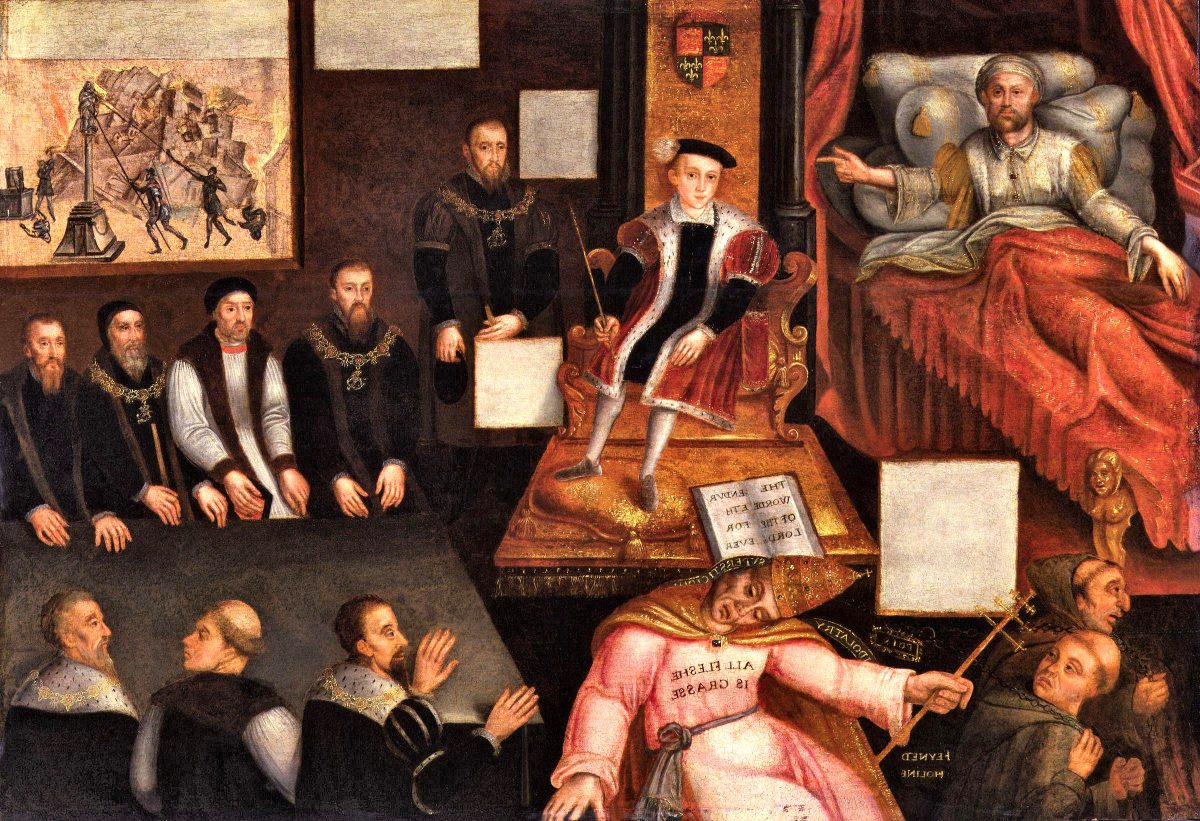 Bycatch from my snark hunt: 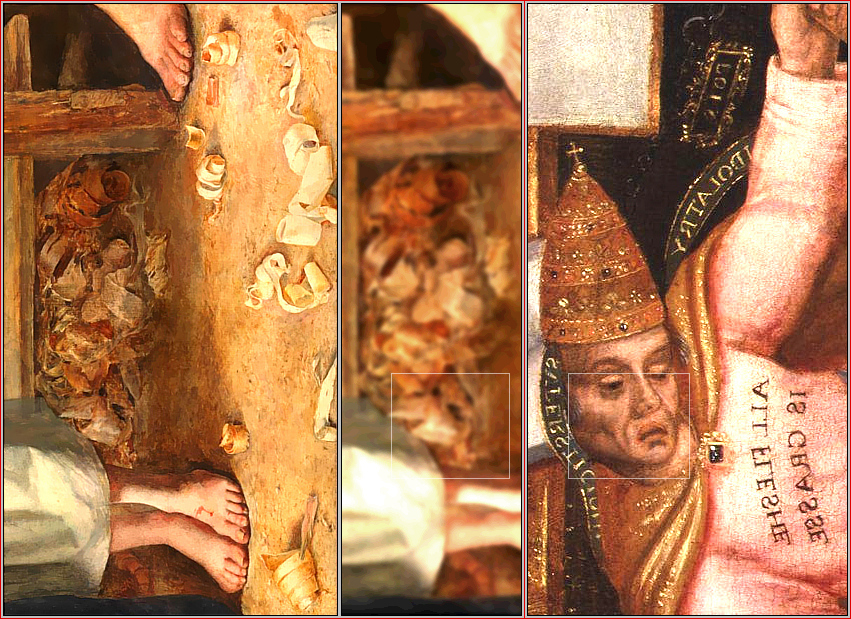 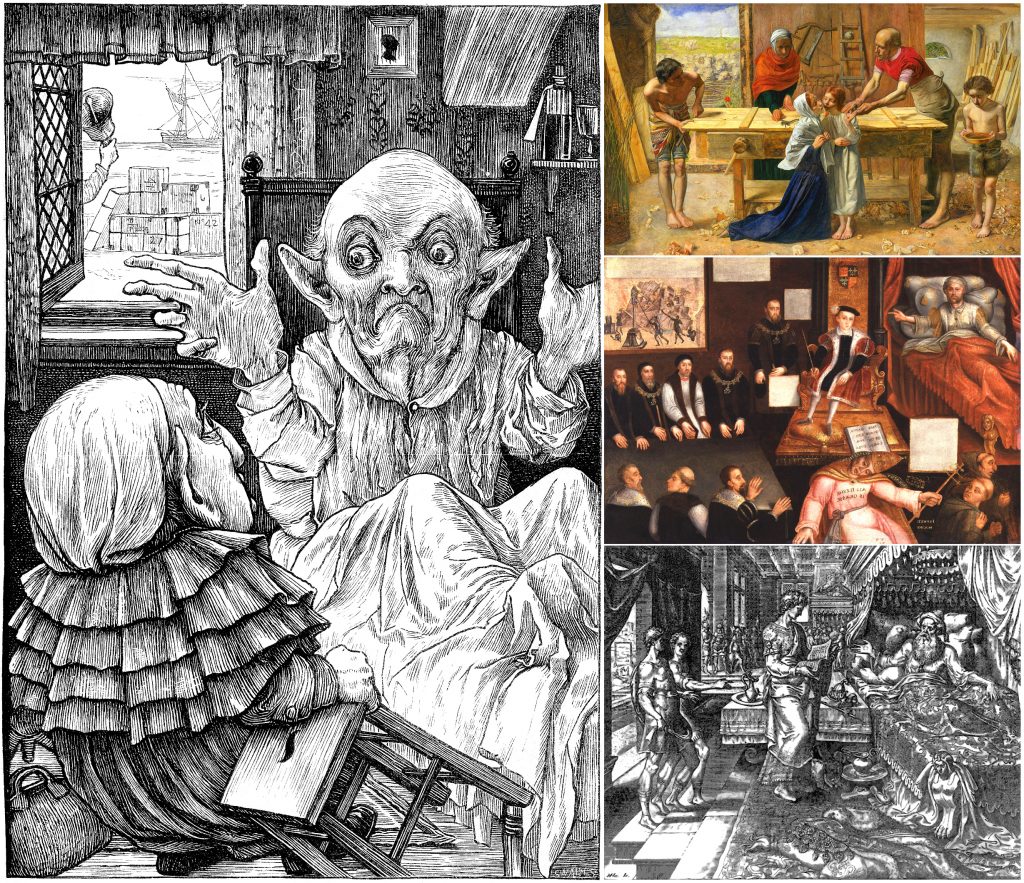 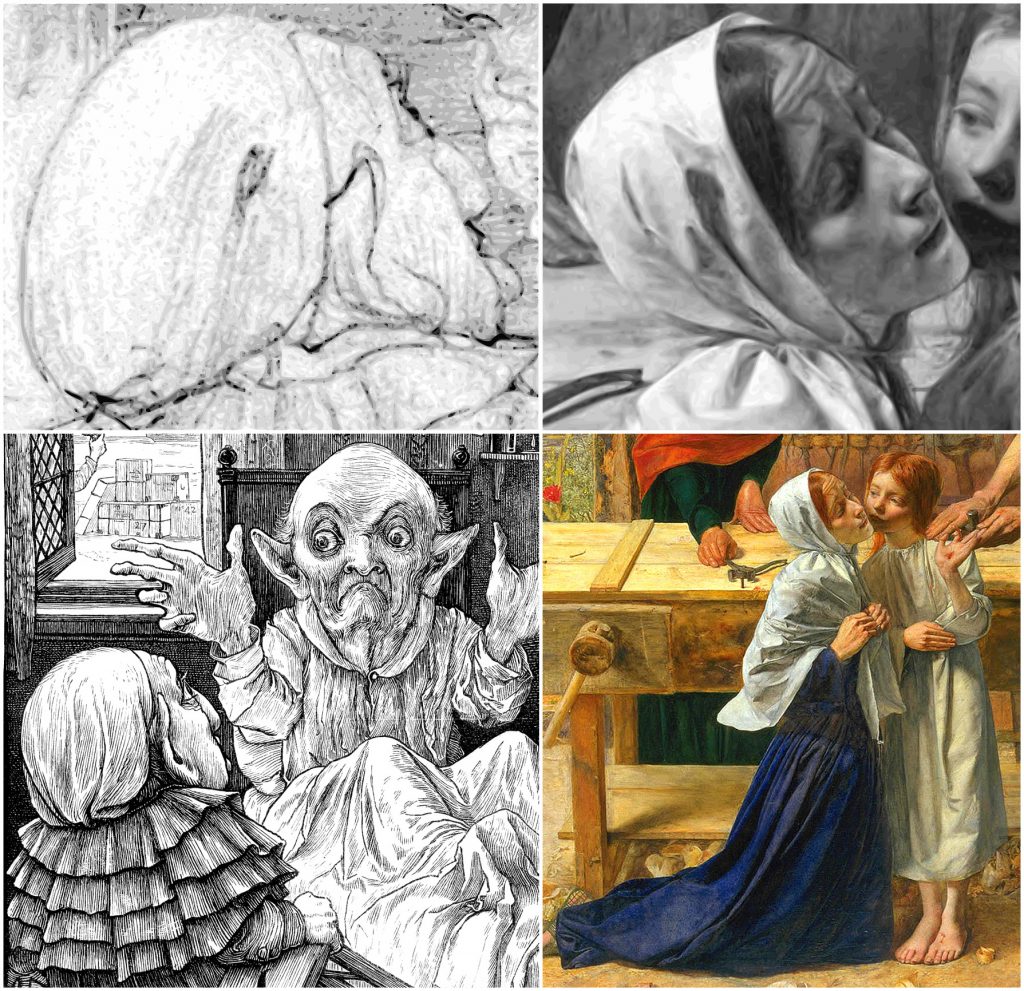 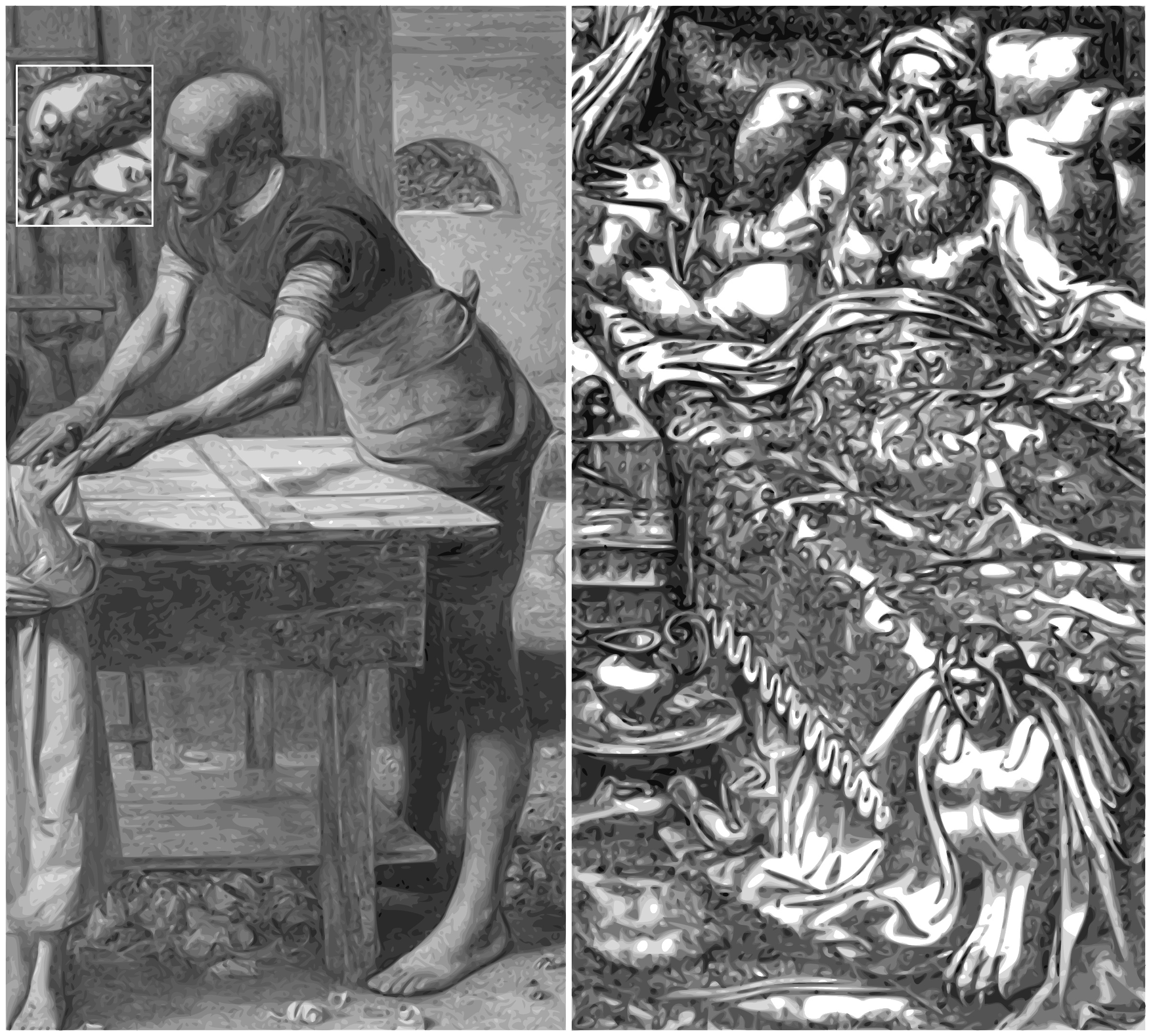 Of course this could be incidental. It is said, that Joseph’s head was modelled after the head of Millais’ father.