The Baker’s 42 Boxes are the original Protestant Articles of 1553, with Thomas Cranmer’s name on each.

I suggest that this belongs to Carroll’s references to Thomas Cranmer. A Baker is exposed to heat. And the Baker in The Hunting of the Snark has four “hot” nick names: “Fry me!”, “Fritter my wig!”, “Candle-ends” and “Toasted-cheese”. In an annotation (MG014) to The Hunting of the Snark, Martin Gardner wrote that J. A. Lindon called these names to his attention and suggested, that “the name Candle-ends may imply that the baker is about to burn himself”. I think that Carroll also may have implied that the Baker got burned. Henry Holidas’s pictorial reference to Cranmer’s cruel end supports this suggestion.

And there are pictorial references to depictions of iconoclasm. Cranmer was a vehement iconoclast. That may have influenced Henry Holiday’s choice of sources for his allusions. Examples are Holiday’s reference to The Iconoclasts by Marcus Gheeraerts the Elder and the arrangement of the Baker’s 42 boxes in a way which may be an allusion to the rubble depicted in a iconoclastic scene in the 16th century painting Edward VI and the Pope: 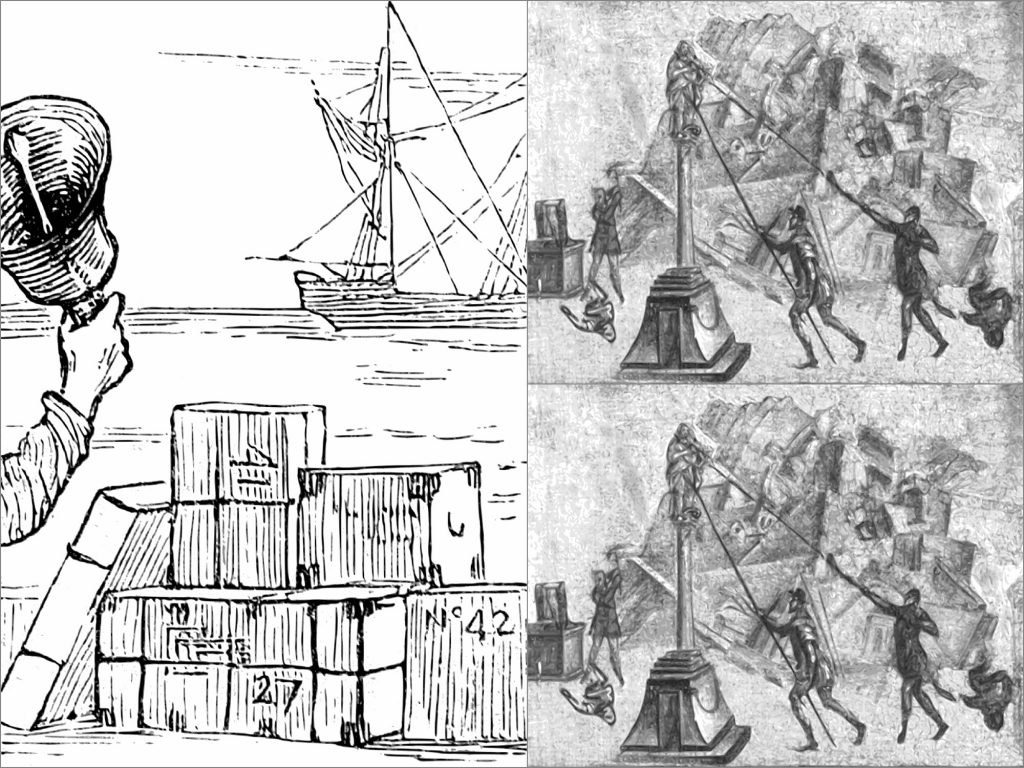 […] Cranmer addressed the young Edward at his coronation, “Your majesty is God’s Vice-regent and Christ’s vicar within your own dominions, and to see, with your predecessor Josias, God truly worshiped and idolatry destroyed, the terrain of the Bishops of Rome banished from your subjects, and images removed.” Cranmer saw images as so tainted with idolatry that they should be completely eliminated within the realm. The Archbishop argued that man’s willful ways seduce him from truth and are in direct opposition to God’s commandments, which all Christians are compelled to obey. […] 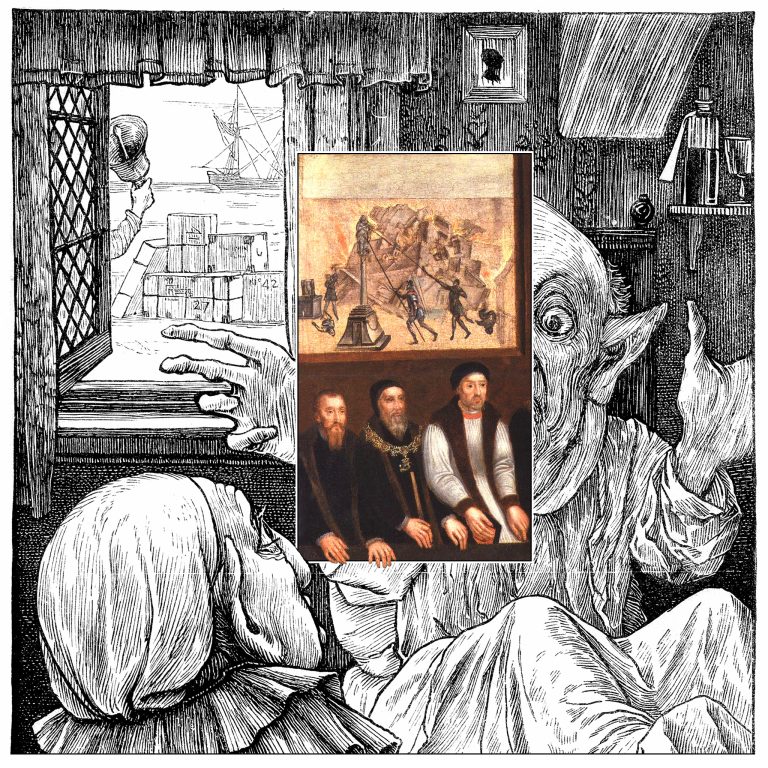