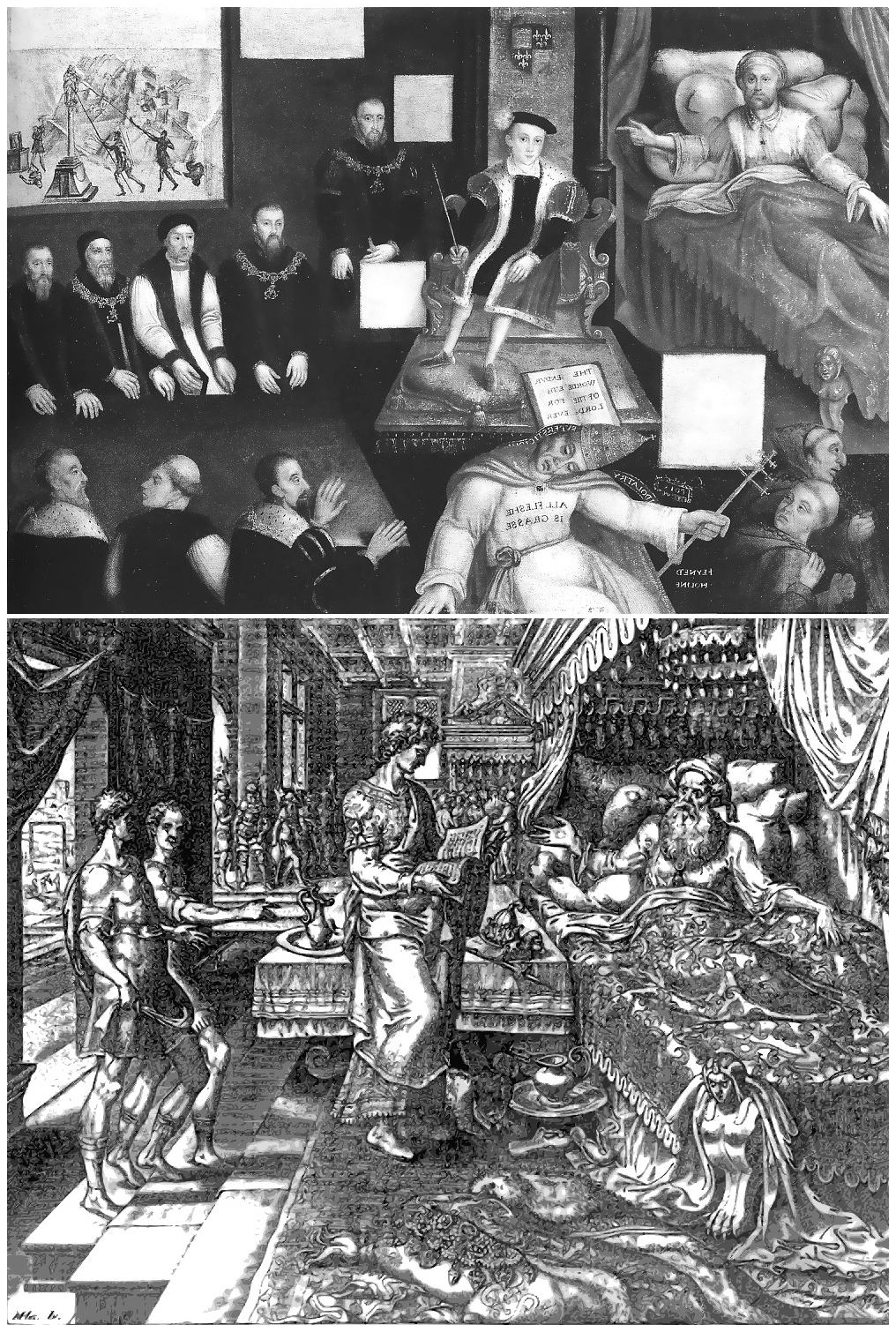 The two images had been compared in a beautiful book by Margaret Aston in 1994: The King’s Bedpost: Reformation and Iconography in a Tudor Group Portrait (Reviews: Christy Anderson and Gottfried G. Krodel)