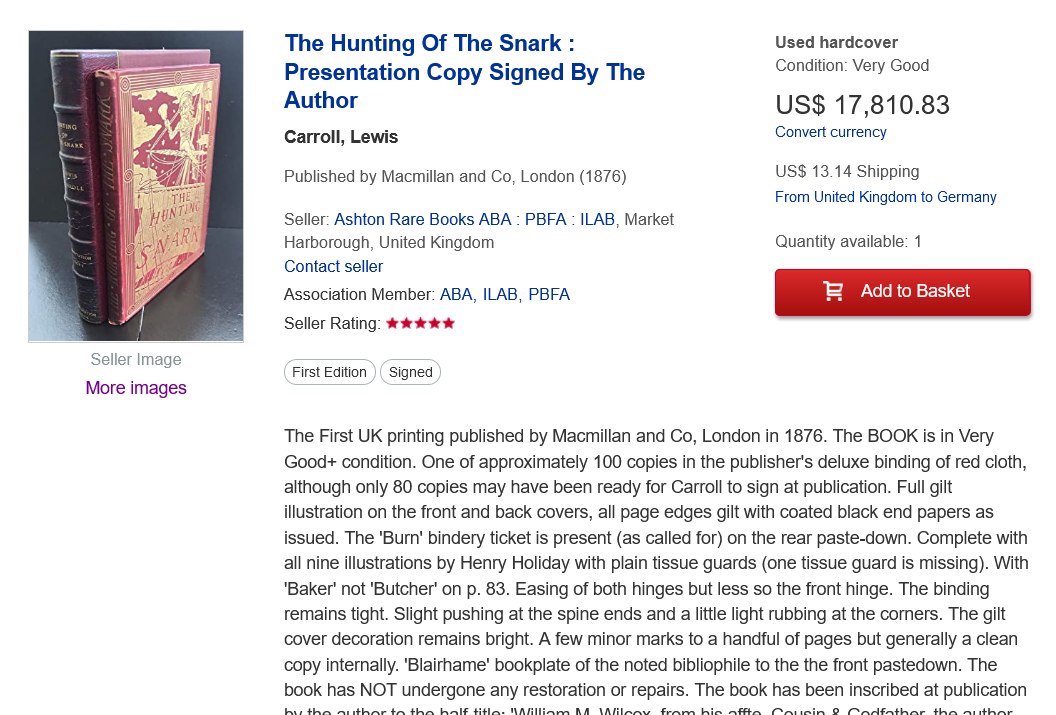 Do you think that this “Baker” on page 83 really proves that the book is a first edition and that it should be “butcher”? You find the answer in any contemporary Snark edition. No mistake, the Baker still is there.

More Examples for advertising the first edition of “The Hunting of the Snark”, offered for prices between €200 and €2000:

First edition, first issue of Carroll’s whimsical nonsense poem with “baker” on p. 83 which was later corrected to “butcher”.

First edition, first printing, with “Baker” for “Banker” on page 83.

First issue with “baker” not “butcher” on page 83. It is unknown how many copies were printed this way.

No, it is known: All copies were and are printed this way! 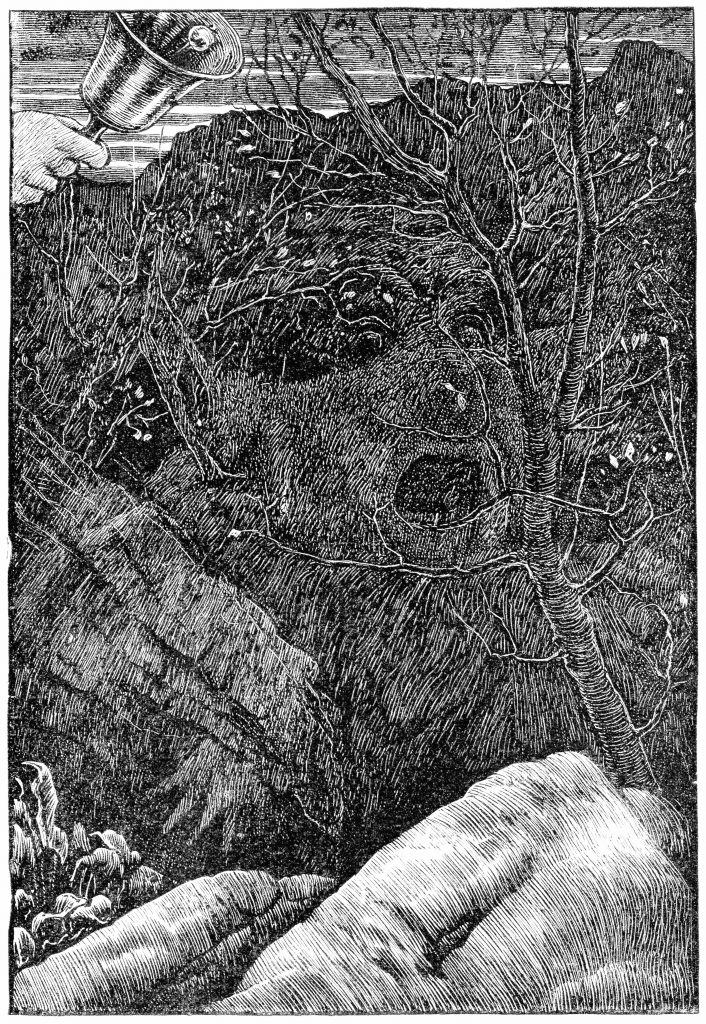 This is about line 560 on page 83, the last page of Lewis Carroll’s tragicomedy. A “Baker” in that line is no proof that the book is a rare first Snark edition. Actually, all copies are printed this way, because that is how it should be. In Henry Holiday’s illustration on page 82 you see the head and a hand of the Baker, not the Butcher and not the Banker. Remember, the Banker had to be left behind in the previous chapter, so he cannot show up in the final chapter. And the Butcher didn’t meet the Snark either.

Thus, there is nothing special about “Where the Baker had met with the Snark.” This alleged error is a myth. Those rare book traders just didn’d (and still don’t) check the facts.

Then there is the JubJub. If you read somewhere that the bird never will look at a “bride”, then better check line 386 on page 55 in the original Snark edition. It’s “bribe”. You can find “It will never look at a bride” in the Internet many times. But that’s wrong.

Removed (not by me) from Wikipedia:

(The hyperlinks in this text where not part of the WP text.) 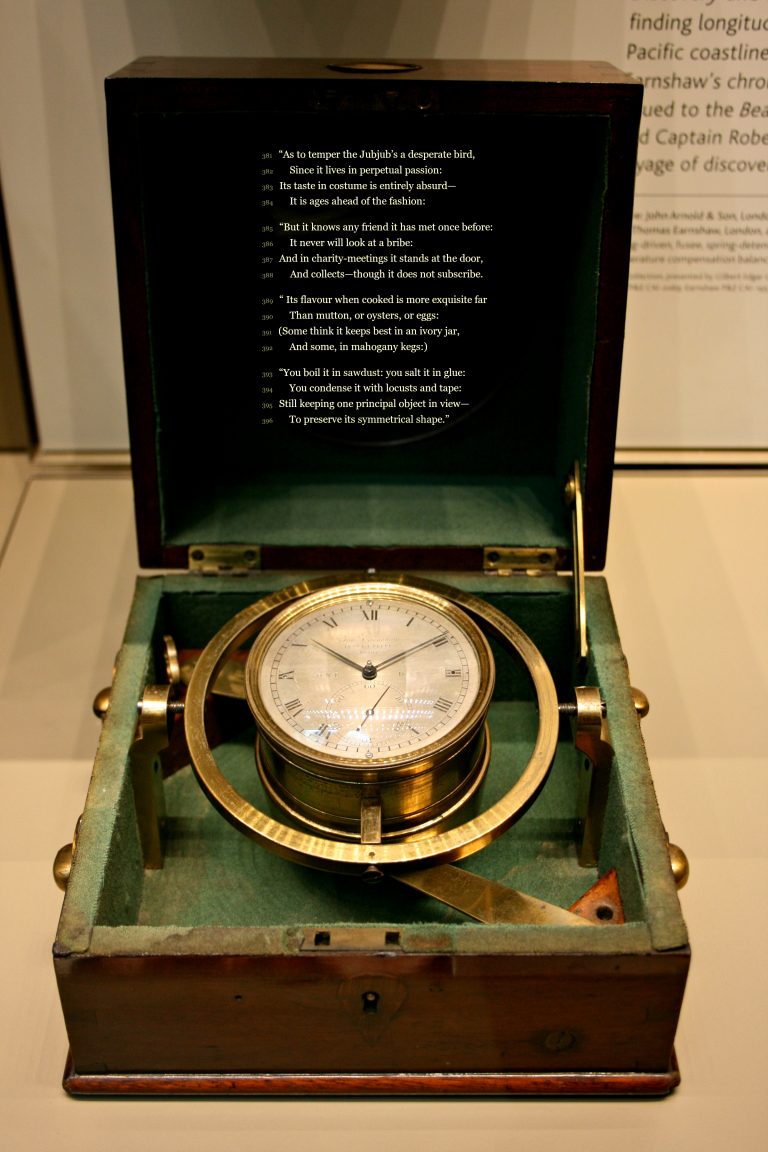