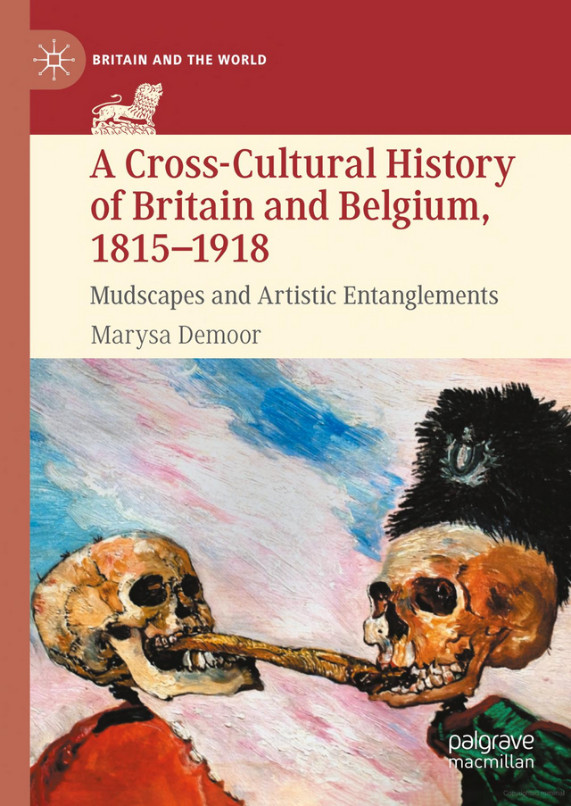 This perhaps is the first reference in academia to my findings: Chapter 7 Surrealist Entanglements (excerpts which refer to my findings) in Marysa Demoor‘s book A Cross-Cultural History of Britain and Belgium, 1815-1918: Mudscapes and Artistic Entanglements, Springer Nature, 2022-03-21.
(Review by Marnix Verplancke, translated by Kate Connelly.)

Sadly, the author failed to specify the source to which she referred when she wrote about Henry Holiday’s pictorial references in Lewis Carroll’s The Hunting of the Snark: It’s my article Nose is a Nose is a Nose in the LCNSA Knight Letter (№ 99, Fall 2017, p. 30~31). I found Holiday’s pictorial references to Gheeraerts’ Image Breakers in 2009. Actually, a reference from another Snark illustration by Henry Holiday to Gheeraert’s print started my Snark hunt in December 2008.

Marysa Demoor probably found my article mentioned in a footnote to an entry to the Wikipedia. Lemma: Henry Holiday. (By the way, the WP then said that “in January 1874, Holiday was commissioned by Lewis Carroll to illustrate The Hunting of the Snark.” Marysa Demoor wrote “January 1874” in footnote #20 on p. 199. But according to Carroll’s notes it must have been shortly after 1875-07-07. The WP was wrong. I fixed that.)