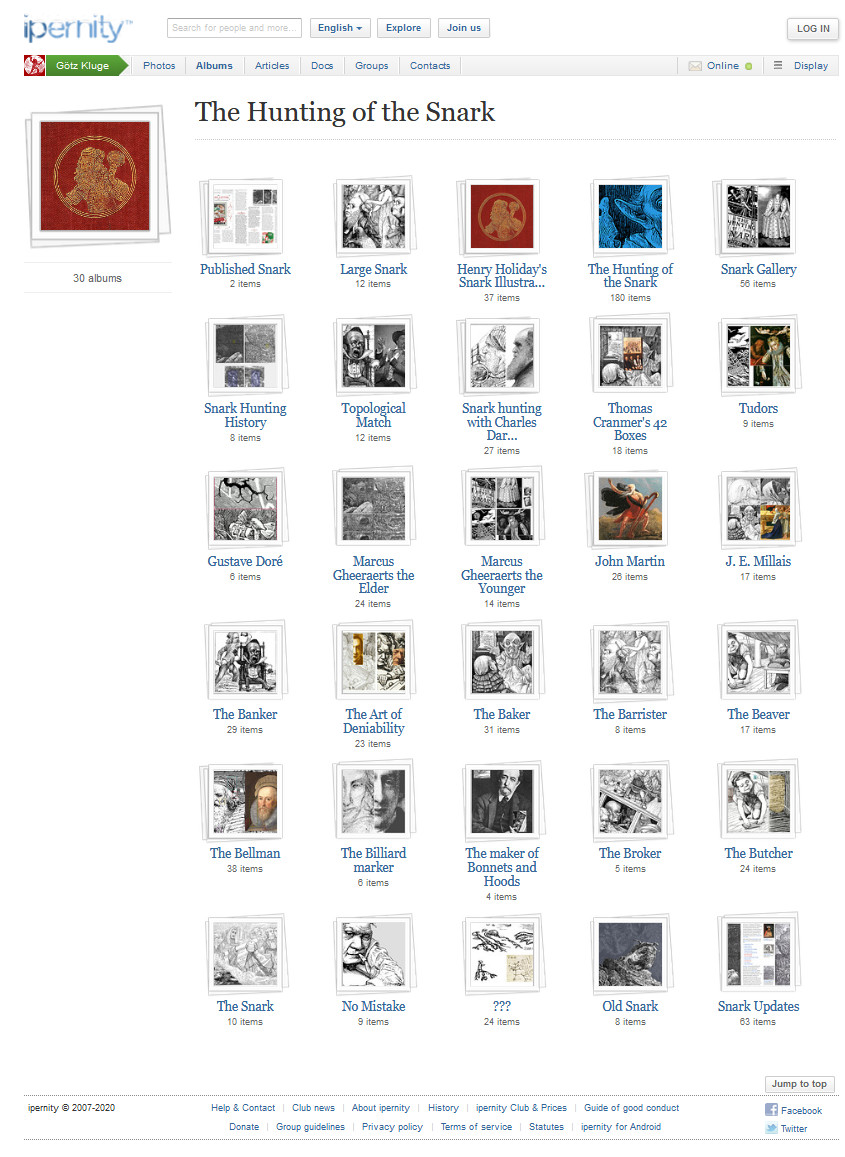 My Snark hunt started in 2009 using Flickr for presenting what I found. When Flickr messed up their layout in 2013, I moved to Ipernity, which started as a Flickr clone. (My early Snark hunting history also is described in Ipernity.) Later I also used Academia.edu and Reddit.