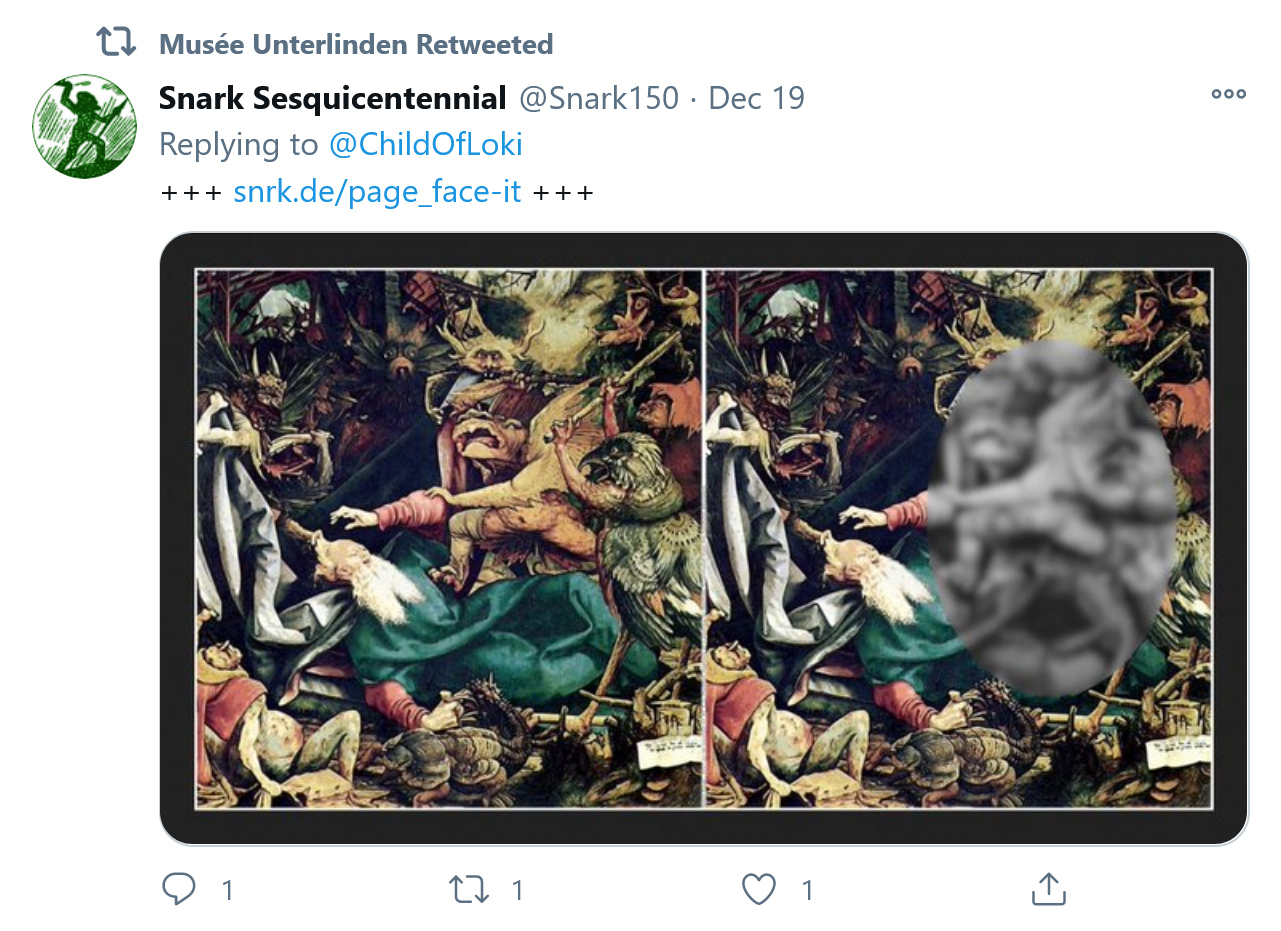 In the image you see two renderings of a segment from The Temptation of St. Anthony (c. 1512-1516) by Matthias Grünewald (Mathis Gothardt Neithardt), painting in a panel of the Isenheim Altarpiece, now located at the Musée Isenheim, Colmar, France), where a part of the rendering on the right side has been low-pass filtered and decolorized.

Drapery gives a lot of freedom to create various kinds of shapes. Grünewald made use of that. Henry Holiday played with drapery too.

See also: Being Amused by Apophenia – Can we find pleasure and amusement in faulty reasoning? by Bruce Poulsen (2012-07-31). For artists and writers, the reasoning even may be not faulty at all. They instrumentalize their own and their audience’s apophenia. It’s fun, as long as you don’t suffer from it. However, in the audience there may be discussions about what the artist intended. That’s adds to the artist’s fun with his work. 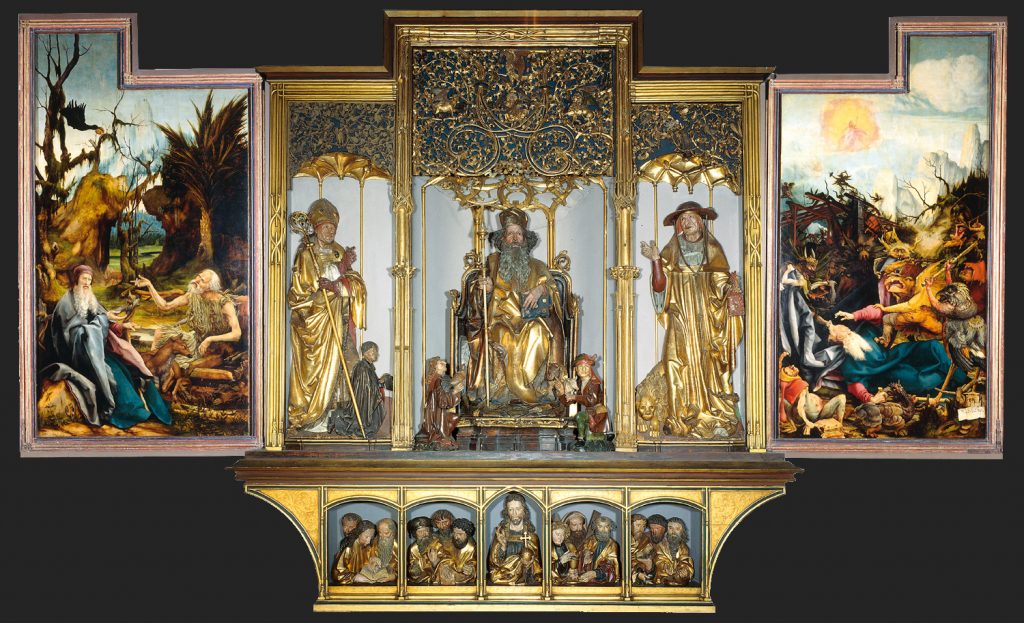