This is a bycatch from my Snark hunt: Segment from a panel of the Isenheim Altarpiece, Matthias Grünewald‘s The Temptation of St. Anthony (c. 1512-1516) 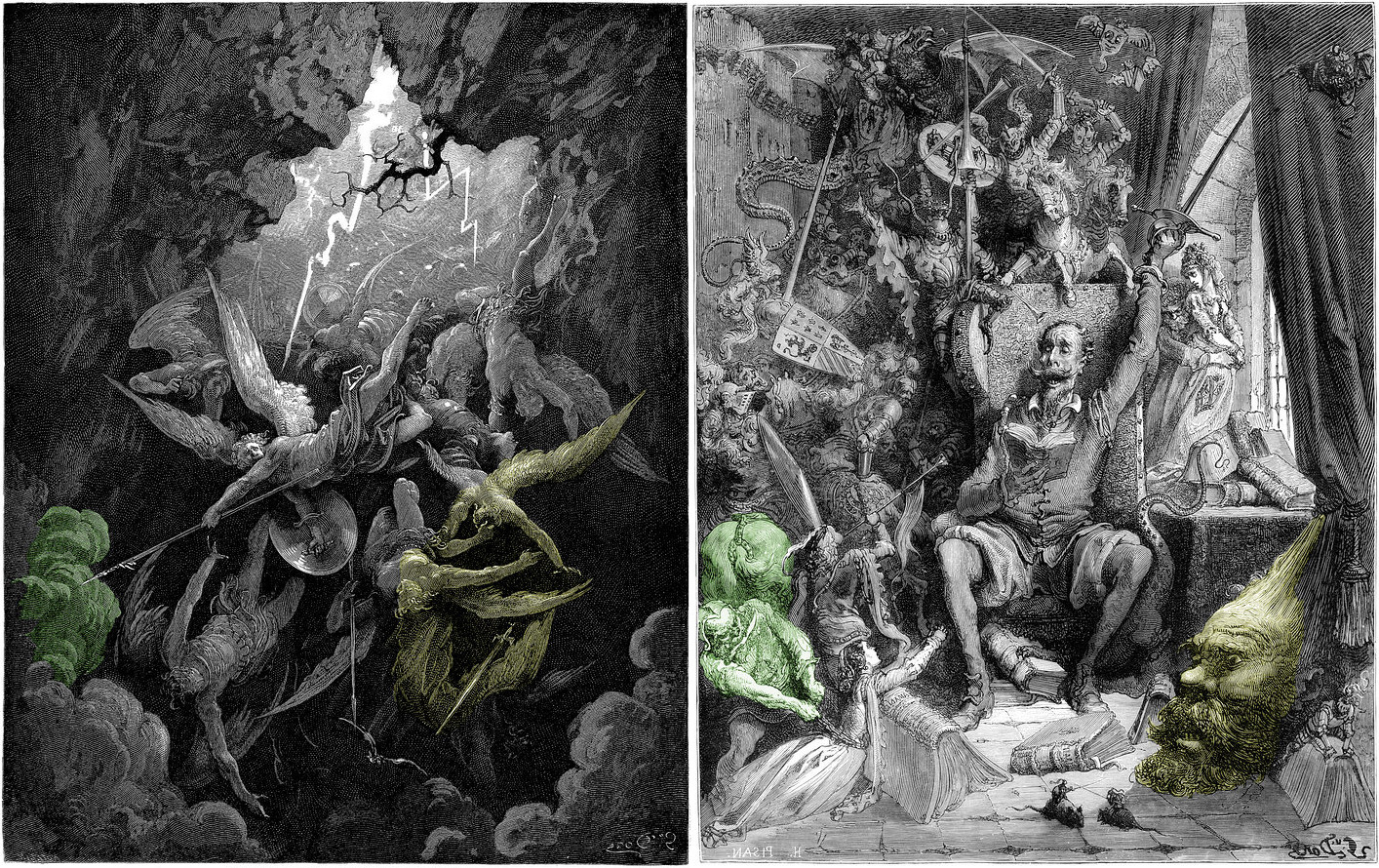 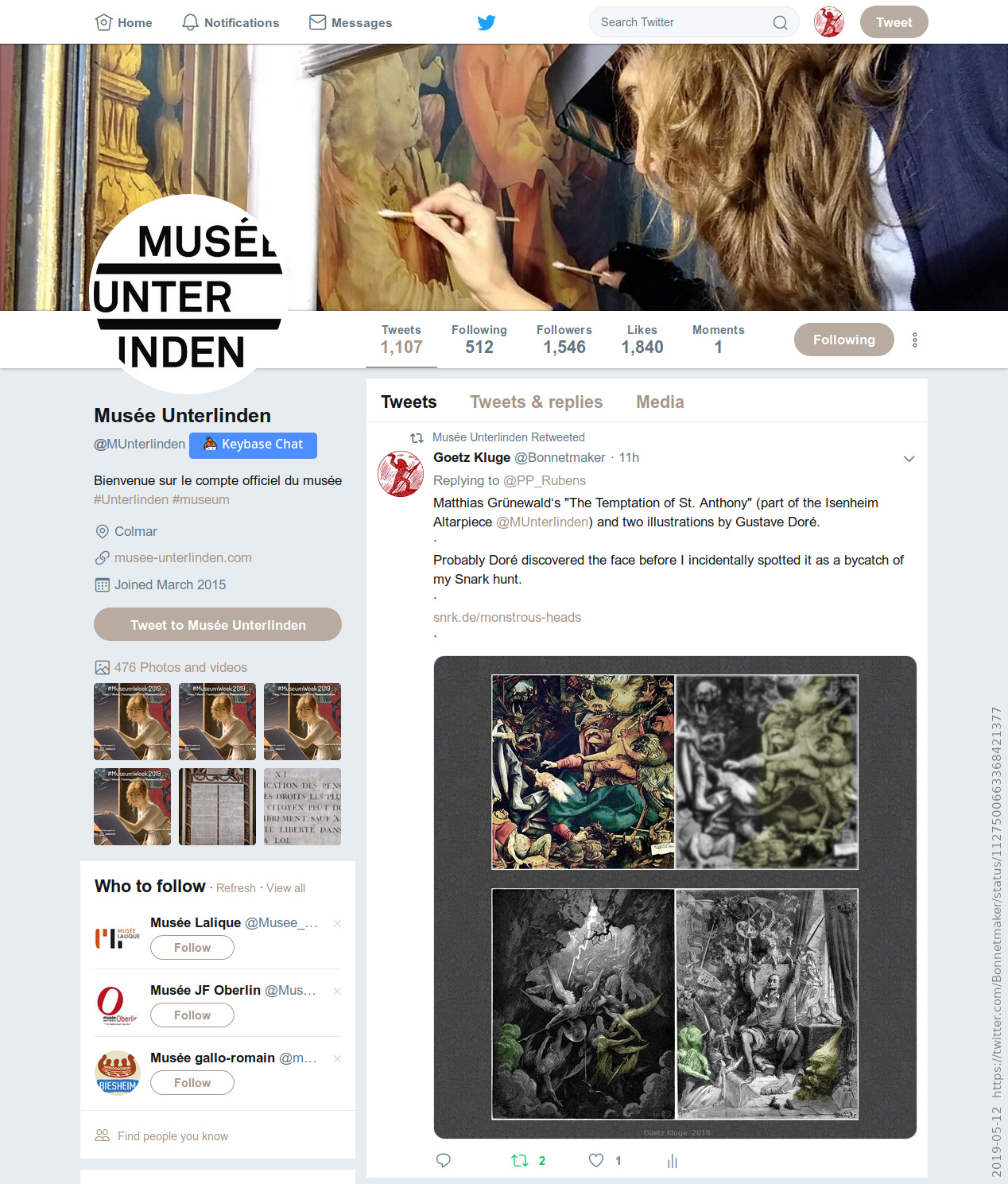