On the left side of this comparison you see one of the nine illustrations by Henry Holiday to Lewis Carroll’s The Hunting of the Snark (1876). On the right side is an illustration by Marcus Gheeraerts the Elder, the Allegory of Iconoclasts (aka The Image Breakers, around 1567). In the “mouth” of Gheeraerts’ “head” a praying priest is depicted. The shape of the priest also is visible in the “mouth” of Holiday’s vanishing “Baker”.

This is not plagiarism. This is a puzzle in a picture similar to puzzles in textual artwork (poetry, novels, Tom Stoppard’s dramas etc.), where readers are challenged to detect references to other writers. Holiday may have used the shape of the priest in his own illustration in order to indicate to the beholder a relation to Gheeraerts’ illustration. Holiday also used other elements from Gheeraerts’ etching in his own work. 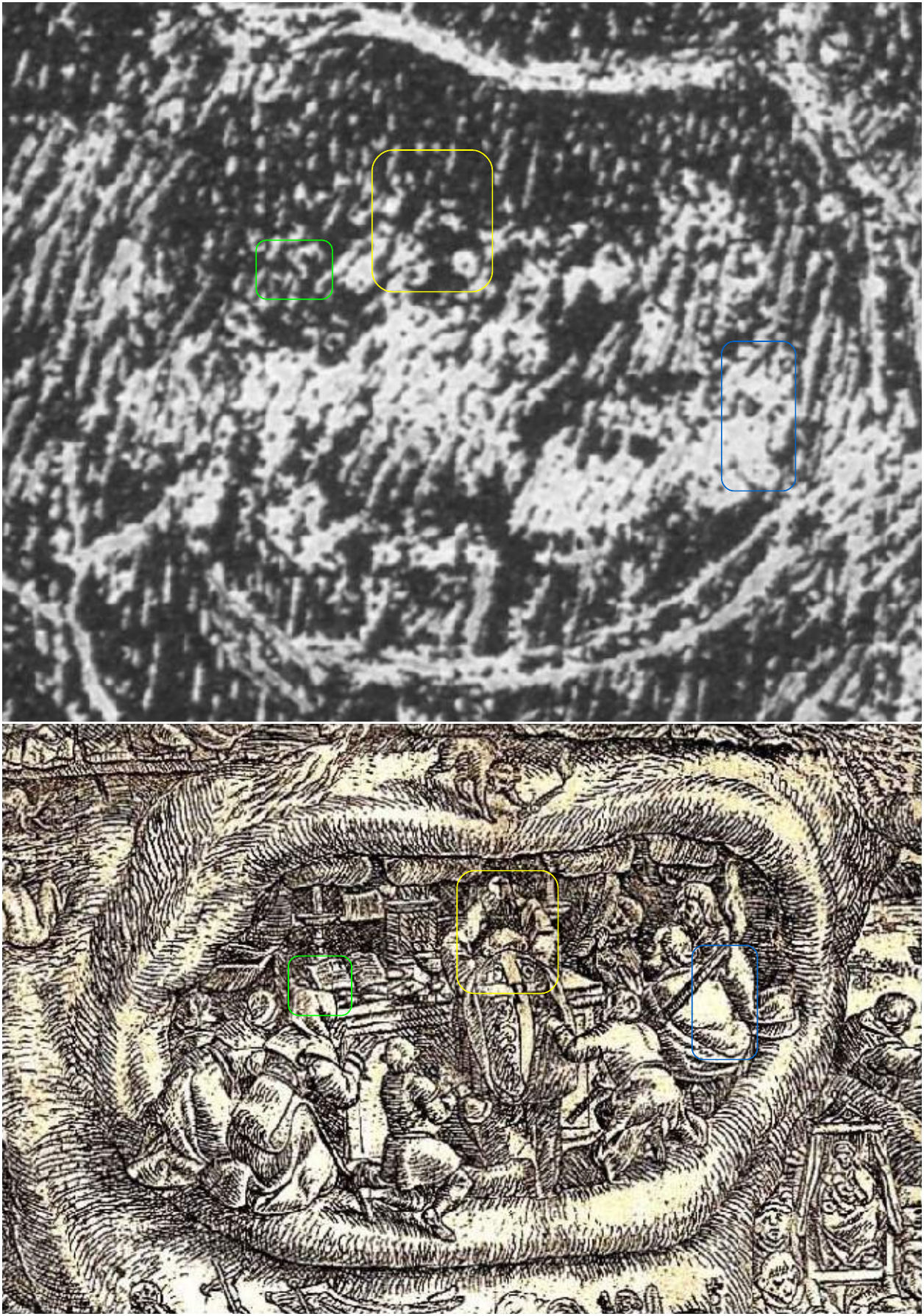 I had my first encounter with The Hunting of the Snark in 2005. The finding in December 2008 was incidental. I searched for “Hidden Faces” in the Wikipedia. I wanted to see whether an illustration by Henry Holiday to Lewis Carroll’s The Hunting of the Snark was mentioned there. But instead of that I found Gheeraert’s print in the Wikipedia article on hidden faces. And then I noticed a that little rhombic pattern (the arms of a priest in Gheeraerts’ print) in the “mouths” of the “heads” depicted in both illustrations. The Snark hunt had begun.