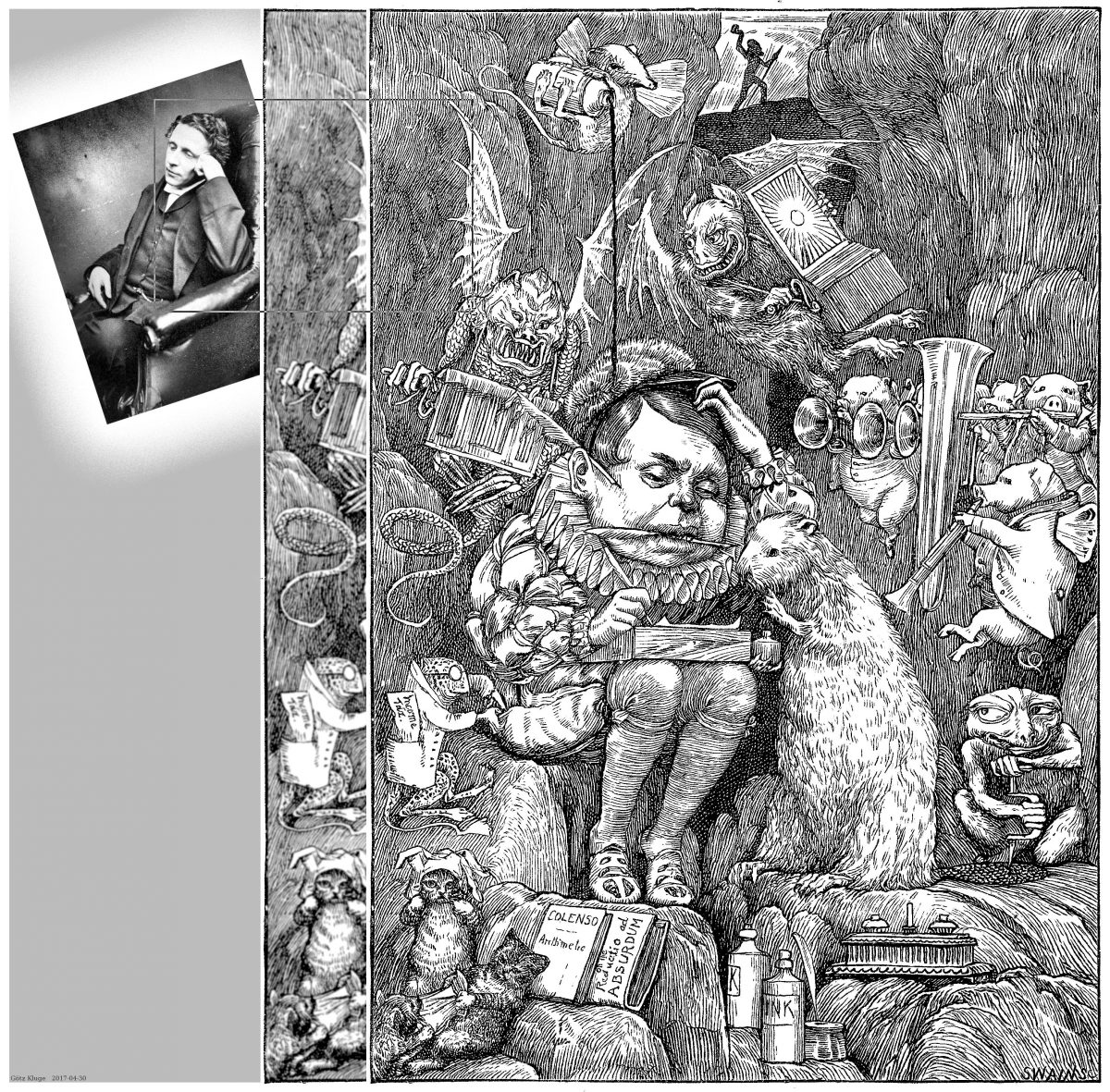 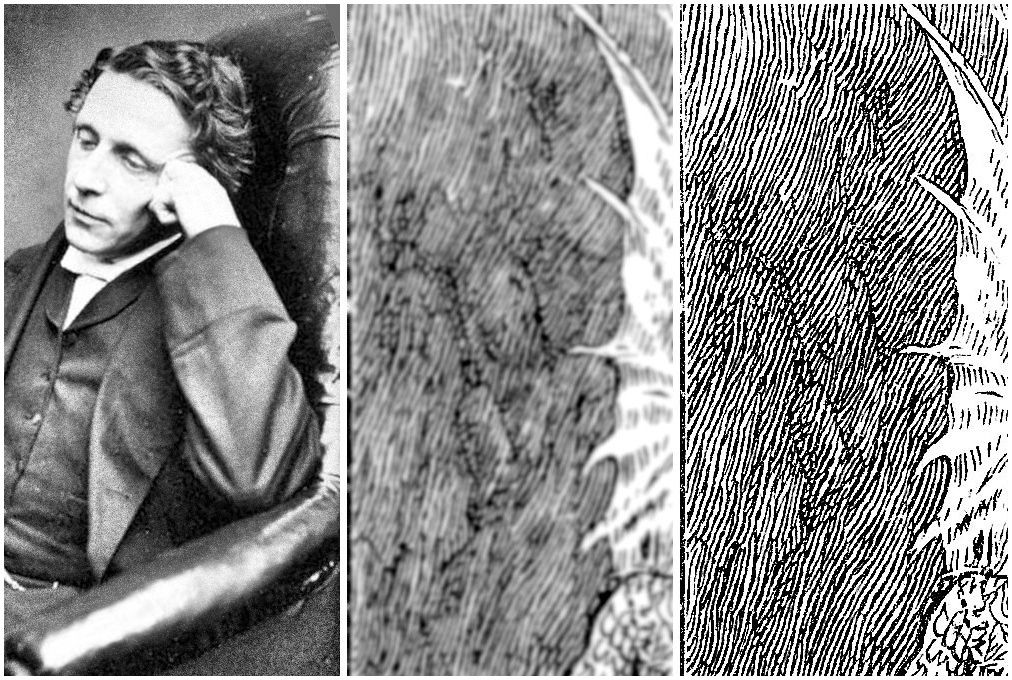 Photographic self portrait by Lewis Carroll, and its inclusion into an illustration by Henry Holiday and Joseph Swain (engraver) to Lewis Carroll’s The Hunting of the Snark.

Here the hatching is very important. In Holiday’s drafts and in Holiday’s drawing I didn’t see that structure. Thus, also the engraver Joseph Swain could have smuggled a little Carroll portrait onto the rock depicted in that illustration when engraving Holiday’s drawing. Then again, the shape (especially that “cylinder” derived from a fold in the collar of Carroll’s jacket) is prominent enough not to be overlooked by Carroll. So we can assume, that Carroll/Dodgson, Holiday and Swain in collaboratively placed that little image into the illustration.

Remark regarding the photo: Sometimes the photo (Carroll/Dodgson in his mid forties on a arm chair) which I use in my comparison is dated 1895 for Dodgson sitting on a sofa. That can’t be correct. 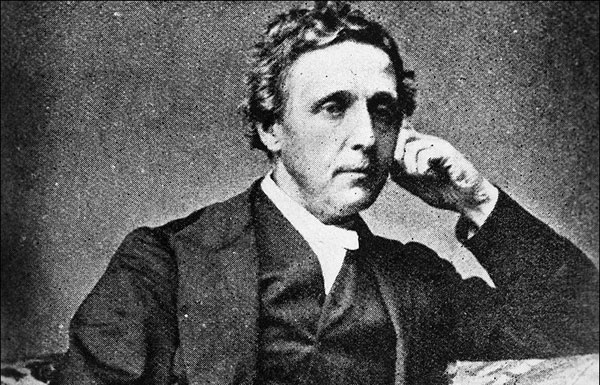 The year 1895 could apply to the photo (Carroll/Dodgson in his sixties on a sofa) which you see on the right side of this paragraph, but not to the photo which I use for my comparison. That chair is no sofa. John Ruskin sat in that chair when Dodgson (Carroll) took his portrait in 1875. “Carroll stopped taking photographs in 1880 in order to focus on writing and other academic pursuits.” The year 1895 might be the date when the photo had been registered somewhere. At present you find the year 1895 also written under that photo in the Wikipedia. Compare it to the other photos showing Carroll at about the same age. Actually, I think that Holiday’s and/or Swain’s reference to the photo (Carroll/Dodgson in his mid forties on a arm chair) is good enough to say, that the photo had been taken before 1876.