Jun 7, 1855: The Times announces that Liddell of Westminster is to be the new Dean: the selection does not seem to have given much satisfaction in the college. 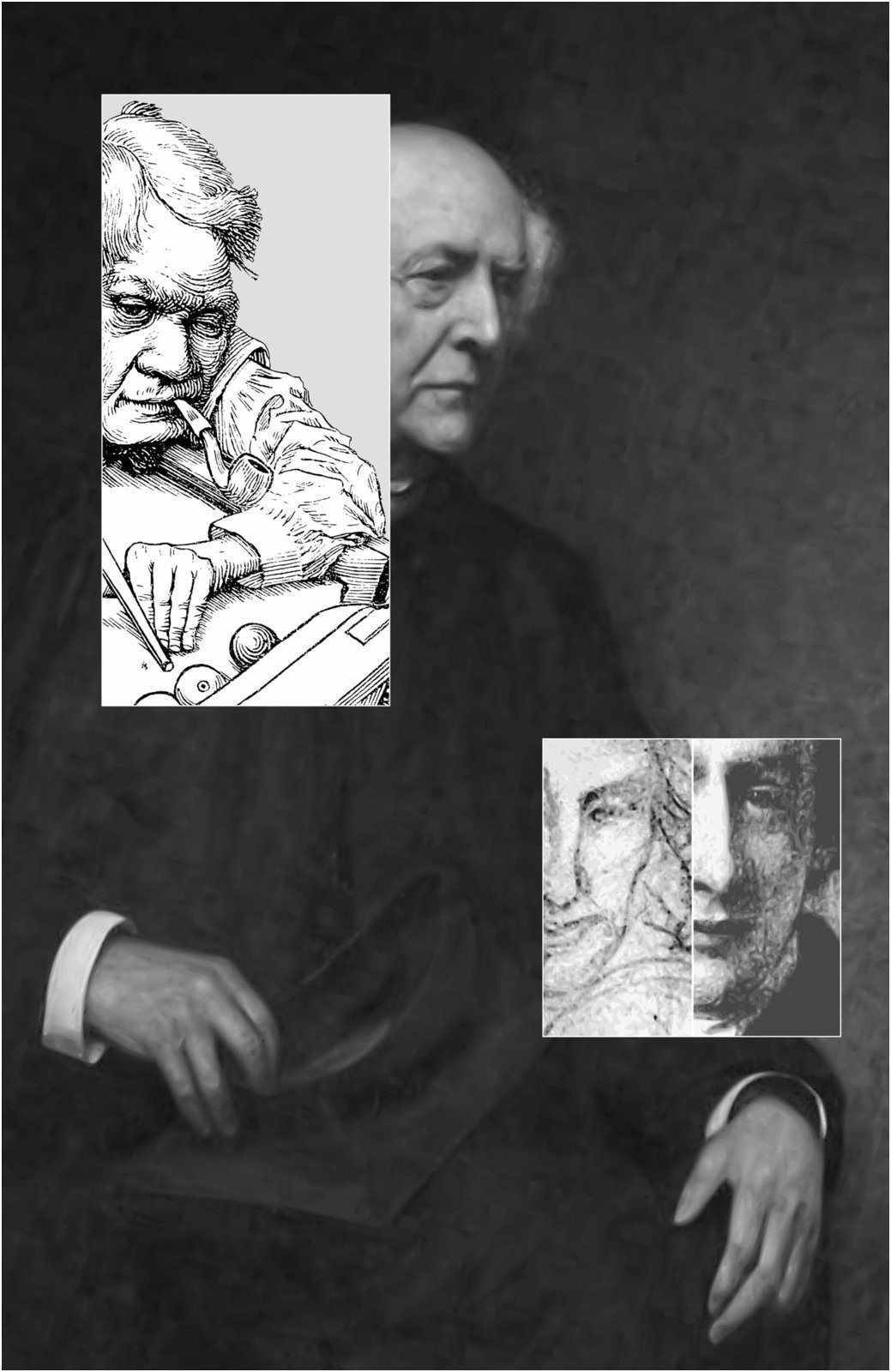 I think that in his first draft, Henry Holiday quite clearly alluded to the image of the young Liddell when he created his depiction of the Billiard marker. However, as Liddell was the boss of C.L. Dodgson (aka Lewis Carroll), I could imagine that in the view of Dodgson, the similarity was too clear. Thus, the final depiction of the Billiard marker was ambiguous enough not to get Dodgson/Carroll into trouble.