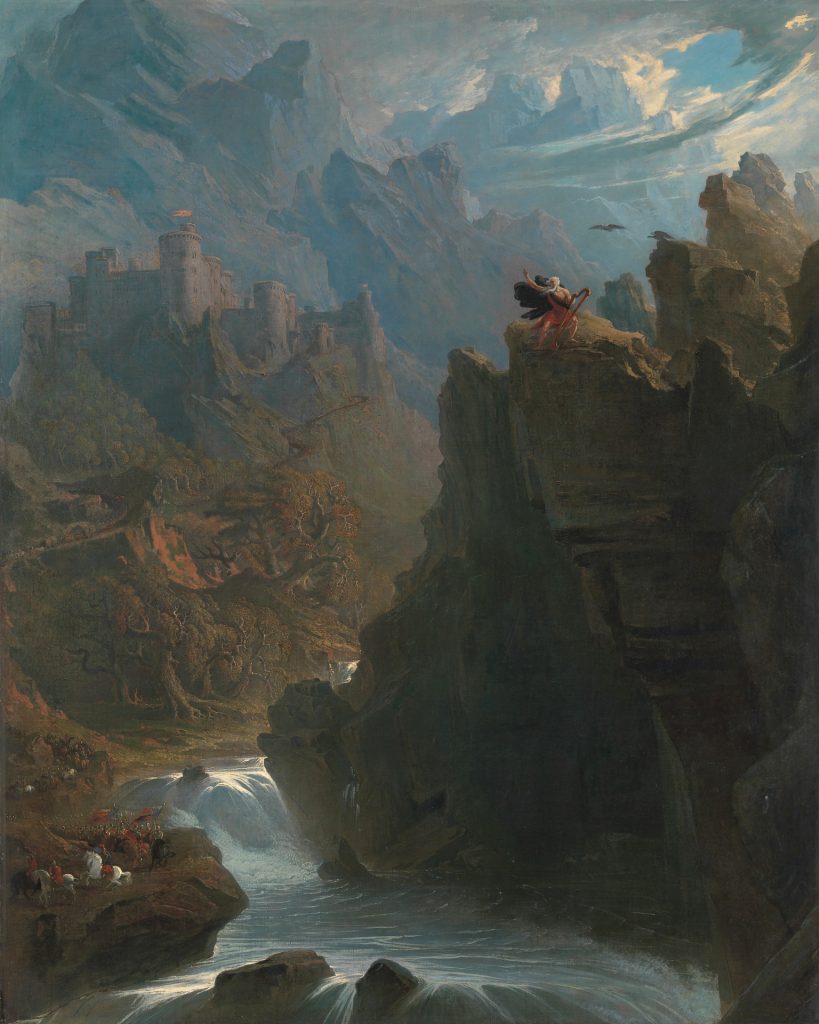 John Martin’s painting The Bard (c. 1817) now is located in the Yale Center for British Art, Paul Mellon Collection (collections.britishart.yale.edu/vufind/Record/1671616, as of 2016): “Based on a Thomas Gray poem, inspired by a Welsh tradition that said that Edward I had put to death any bards he found, to extinguish Welsh culture; the poem depicts the escape of a single bard.”

In mydailyartdisplay.wordpress.com/the-bard-by-john-martin, “Jonathan” connects the painting to the poem The Bard written by by Thomas Gray in 1755:

On a rock, whose haughty brow
Frowns o’er cold Conway’s foaming flood,
Robed in the sable garb of woe
With haggard eyes the Poet stood;

“Enough for me: with joy I see
The diff’rent doom our fates assign.
Be thine Despair and sceptred Care;
To triumph and to die are mine.”
He spoke, and headlong from the mountain’s height
Deep in the roaring tide he plunged to endless night.

The poem and John Martin’s painting may have been borrowed by Lewis Carroll and Henry Holiday in The Hunting of the Snark (1876):

Erect and sublime, for one moment of time.
In the next, that wild figure they saw
(As if stung by a spasm) plunge into a chasm,
While they waited and listened in awe. 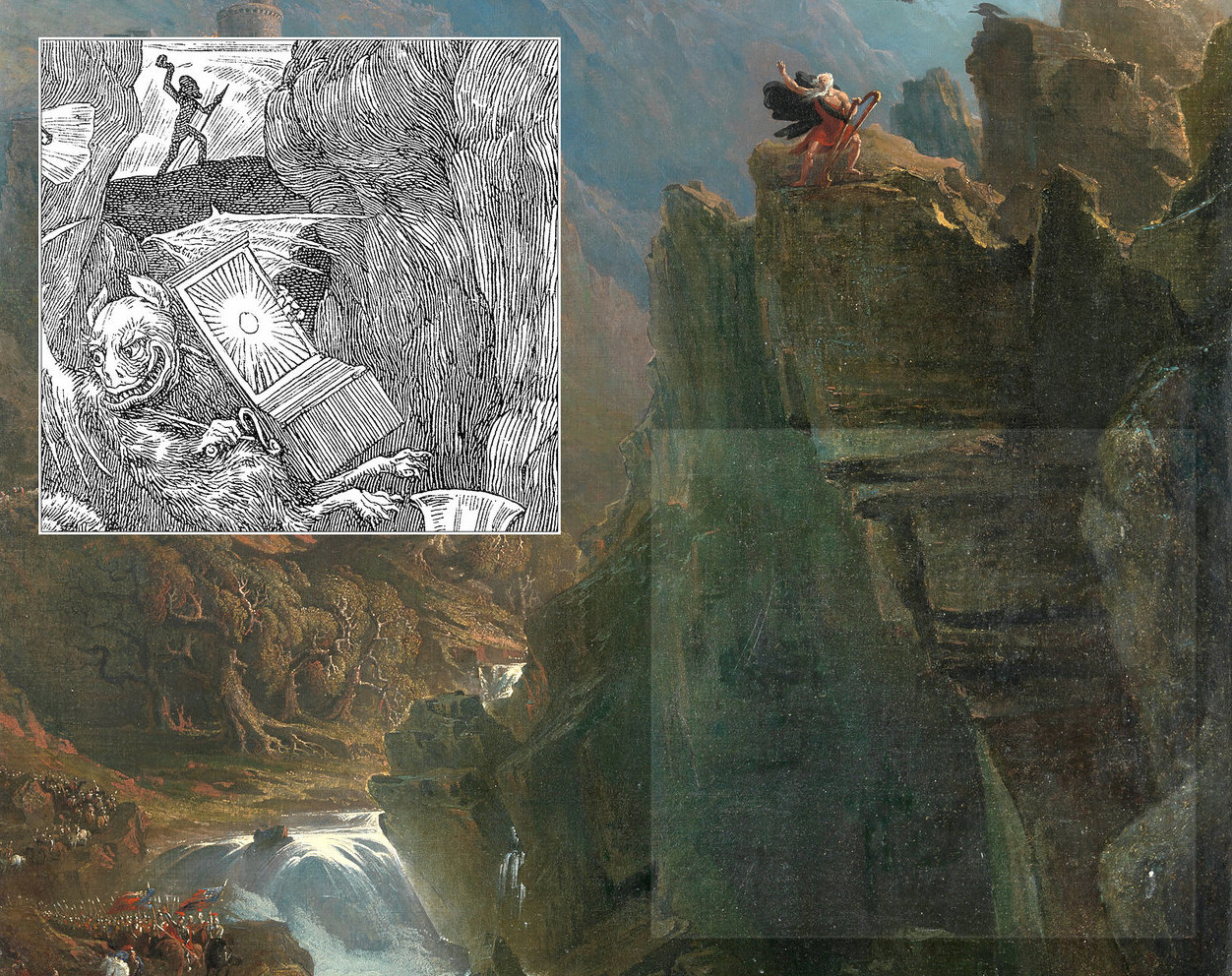