Henry Holiday’s pictorial references in his illustrations to Lewis Carroll’s The Hunting of the Snark became my Snark hunting grounds since December 2008. After I entered them, I also had to understand Carroll (C.L. Dodgson) in order to get ideas about for what I have to look for in Holiday’s illustrations. I quickly became aware of the Dodgson debate, which seems to have started in the 1930s. In the “social media” of today it turned into a debate where you too often learn more about the fantasies of the debaters than about Dodgson. (Anna Kérchy addressed that in Alice in Transmedia Wonderland, 2016.) 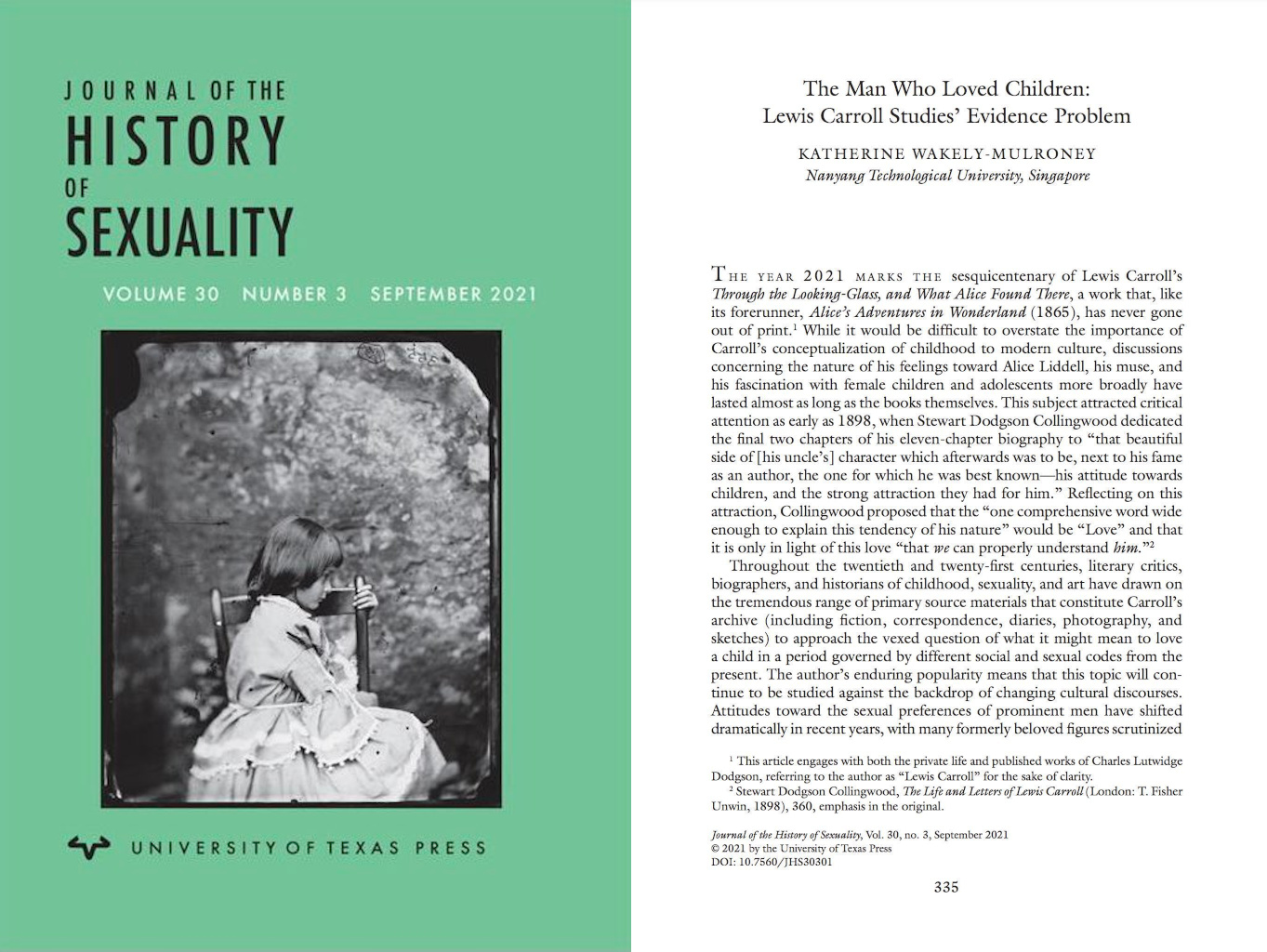 In September 2021, Katherine Wakely-Mulroney published an academic paper※ which quite meticulously sums up what is and what isn’t known. The first seven pages of her article are in public domain. For the complete article you need to obtain the journal in which the paper has been published. Fair enough.

(On page 348 a mistake slipped through the proofreading. But “1876” is correct, and the mistake doesn’t do any serious harm. Blame the mistake on the Snark’s evasiveness.)